A common misconception in the Forex market is that people believe trading is nothing to do with skills. They can just jump into the market and guess out the nature of a trend, invest some money into it and easily make some cash out of it. But the actual picture is totally the opposite.  A huge factor in profitability is the forex spread.  Spread costs can really add up.

I first started trading forex in 2002.  It was like the wild west then because there was very high leverage, but also a possibility of huge profits.  I took my first account from $500 to $16,000 in a month.  Unfortunately, I lost most of the money just a few weeks later.  One thing I wish I knew more about was forex spreads.

People need to take trading as an endeavor that requires excessive knowledge. They have to learn different aspects of the market and different strategies to conduct their trades. This post will mainly focus on the strategy to trade spreads. Let’s dive into the topic:

What is spread in forex?

Spread, in terms of Forex, is the difference between the bid or buy price and the ask or sell price of the broker. Spreads are to be shortened and widen depends on many factors. The “Bid” is the ask price and the “Sell” is the buy price.  The big factors affecting spread are volatility, time, and liquidity.  These factors and others will be covered in the latter part of this article. The spread will also vary a lot between brokers.

How are Forex Spreads quoted?

The 50-pip spread between the price bid and request for EUR / USD in our example is quite large. The spread can usually vary between 1 and 5 pips between the two prices. This means customers would pay more if they were buying and would not get less money if they bought. A broker’s differential spread should be monitored since all trades have to be made at least enough to cover that spread and any commission to complete. Each trading system may charge a slightly different spread this can make trading more costly. Each broker adds to his spread of trades which increases his gain in every trade.

Understanding a high spread and a low spread

The FX spread can vary over the course of the day varying between a high spread and a spread by volatility. A very broad spread signifies a large change between the demand and bid price. The low spread shows low volatility at a low liquidity ratio.

One of two factors in calculating a higher than normal spread is higher volatility in markets or lower liquidity due to short periods of trade. It is known that liquidity can dry up and spread can broaden in the lead of major news events and in between trade sessions. I prefer to trade when the spreads are low like during the biggest forex session.

Traders should be careful about the spreads as it is the primary cost involved in Forex trading. The wider the trading cost, the more it will cost traders. During the time when the market is at its maximum volatility, or the minimum liquidity currency pairs which are associated with leverage could indicate the end of the career of a Forex or commodity trader.

Traders should remember that the spread cost will rise with higher leverage units. So, it will always be beneficial to deploy less or no leverage. Along with the beginners, veteran traders should also be cautious when dealing with the spread, the currency pair, the liquidity, and the time of day.

Always remember, dealing with commodities, currencies, or any other financial instrument requires strong basic knowledge. And without having sound knowledge, you will never learn to create a trading strategy.

To avoid massive costs that come with a widening spread, traders should look out for the following factors:

If the currency is not influenced by monetary policy but a fixed central bank and a predictable currency reserve it has a higher risk of devaluation. Dealer pressure is pushed further to push ask prices, pushing up the bid-ask spread. Various data release related to economic and financial factors may affect the volatility level of the market. Wider spreads mean a higher level of volatility.

When liquidity volume drops down, that can widen the spread. Both these concepts are interconnected. Currency pairs that are not illiquid such as currencies of the emerging market show a higher spread level. Volatility can lessen the liquidity of a market.

Lower and High levels for trade day. These are the best numbers for each day. The day of trade is a trade day and the day is the day of openness. The Daily Mail has compiled a list of recent trading days.

At the time of a popular or crucial news release, liquid providers may make the spread level wider to offset a part of their risk evoked by the release or similar events. Normally spreads will revert back to their mean after a while. So, the best possible way to deal with such a condition is to wait until the spread narrows itself.

As spreads diminish as does the discrepancy between dealer and buyer prices. Thus dealers are more easily available to find a buyer of the same price as the buyer’s bid and to make a trade. High spread rates historically signify lower trading volumes since buyers and dealers have more difficulty finding willing traders. To the upside, the purchase can have its dealer accepting the offer of buying the currency at certain prices. A buyer could choose a dealer who accepts their offer or a dealer who agrees to accept an offer and sells it as an offer to a.

Forex spreads get influenced by the time of the day. Different parts of the day reflect differently on the market. Sometimes like the lunch hour in the US lessens the market liquidity as most traders have lunch at that time.

Forex traders should find out the most liquid time of the day and choose that time to trade because that is the time when the spread is at its least value.

Shortly, traders should check all the factors that can affect the liquidity of the market. Judging that level, they should figure out the time when the market possesses the most liquidity.

There might be times when even these pairs fail to maintain lower spreads because volatility has a higher impact level on them. So, traders should evaluate both factors before making a choice.

What are Variable Spreads in Forex?

The spread across currency pairs and their bid and ask prices fluctuate continuously with variable spreads. They do not control the spread and they expand based on swathe-spreads demand or supply of currency and overall market volatility.

Usually, rates generally expand during the releasing of economic data and during other periods when the liquidity in the market declines including in periods of holiday and the beginning of a zombie apocalypse. For example, you may want to buy EURUSD with a spread of two pip. but the U.S. unemployment survey is coming out and the spread widens quickly.

Show the advantages of trading with fixed spreads?

Fixed Spreads have lower Capital Needs So Trading with Fixed Spreads offers a more convenient alternative for traders who don’t have much to trade with. Fix spreads also improve the accuracy of calculations of the transaction costs. Since spreads never change you are always certain on what you’ll pay once.

If a broker stops entering a trade on a particular price or trades at a particular price they then ask a trader to accept a new price. The message is displayed on your trading platform letting you know whether you are prepared for this or not.

A slippage experience is similar to how one swipes right on Tinder and agrees to meet this hot girl or guy for tea and realizes the person behind them look nothing alike. If the prices are moving quickly the broker is incapable of maintaining always a fixed spread and will eventually cost different from the price at which you eventually enter a.

How do I calculate spread in forex?

In case the forex spread is not calculated, you must find the difference in pips between the bought and the sold price. Trader often opts towards tight spreads because it means they can trade at lower rates. Forex Spreads will be large if Forex market is low in volatility but not highly liquidity and volatile.

The Forex market is usually viewed as virtually real and works more like a counter market for smaller stocks, where trades are organized through specialists known as market makers. He may even work in a third city. If he is in control of this purchase order he may have to accept a larger sales order than the one that the buyer pledges to buy. In practice, a specialist job involves some risk. The changes will in most cases be minor and the market maker will make still profit. The producer maintains a piece in every trade The spread is known as the spread.

How are currencies quoted?

Currency values are used in pairs such as the US dollar against the US dollar. The rate is expressed in Canadian terms, this means it costs 1.25 Canadian dollars to buy one American dollar. Some currencies are expressed however as dollars using the US meaning dollar is the price. For example, the exchange rate of British pounds/UK US currency 1.2800 should be quoted as $1.2800 (£) for a British pound. Euro has also been reported as the standard currency so that at the exchange rate there’s one euro to change.

How is the spread calculated in the Forex market?

Forex quotes are always provided with bid and ask prices just like those on the equity market. For forex broker and market maker traders, the asking price is the price which they are willing to pay in forex for the base USD (USD) in exchange for Counter Currency (CAN) exchange and the asked price is the. Example: A US investor wants to long or buy euros and the bid-ask price on the broker’s trading website is $1.1200 / 1.124. When a buy order is initiated the investor would face penalties.

How do I calculate forex spread and costs? 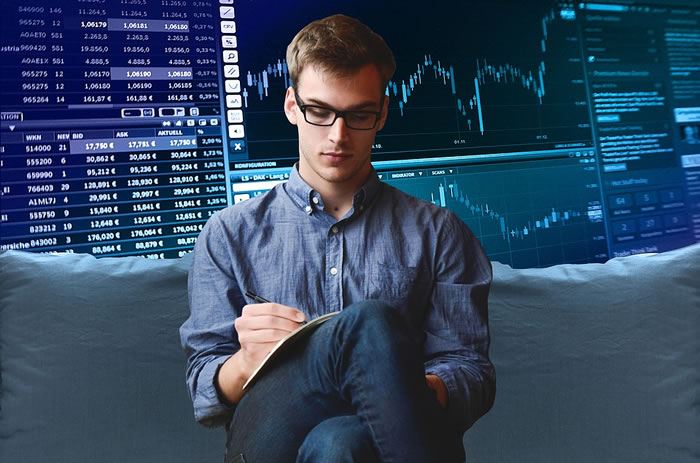 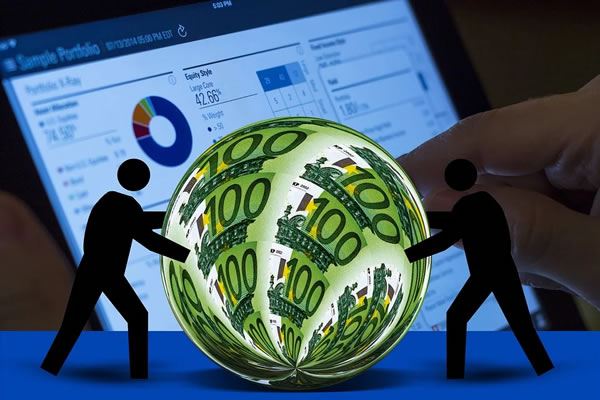 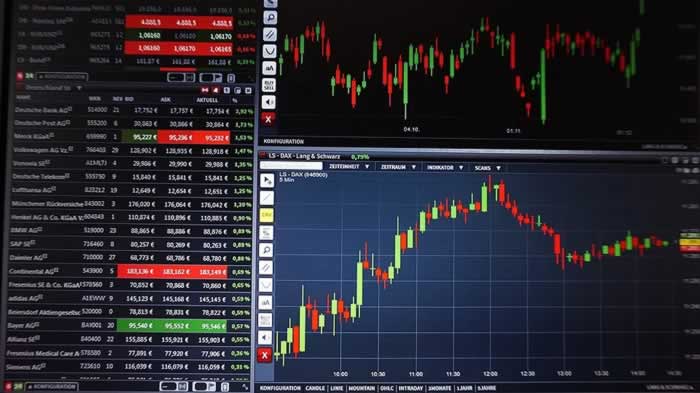