1The threat to global growth from the Delta variant is weighing on sentiment. Further complicating outlooks are building worries over the efficacy of the vaccines, with booster shots now being prepared.

Supply shortages also are crimping production and sales and are adding to uncertainties over the economy. However, normalization could be put off longer if the virus and the tighter restrictions take a bigger toll on growth than anticipated.

Now geopolitical risks are adding to the global unease and continued rising inflation.

As a result, FOMC is likely to delay any announcement of a QE tapering, which some had thought could be affected at this week’s Jackson Hole symposium until later in the fall.

A lot of people have asked me if the market bubble is about to blow. The short answer is it is overdue for a 10% correction anytime. This doesn’t mean it will happen tomorrow, nor sell everything and buy gold coins.

Market corrections are natural and occur every 7-10 years. There are several things I am watching: 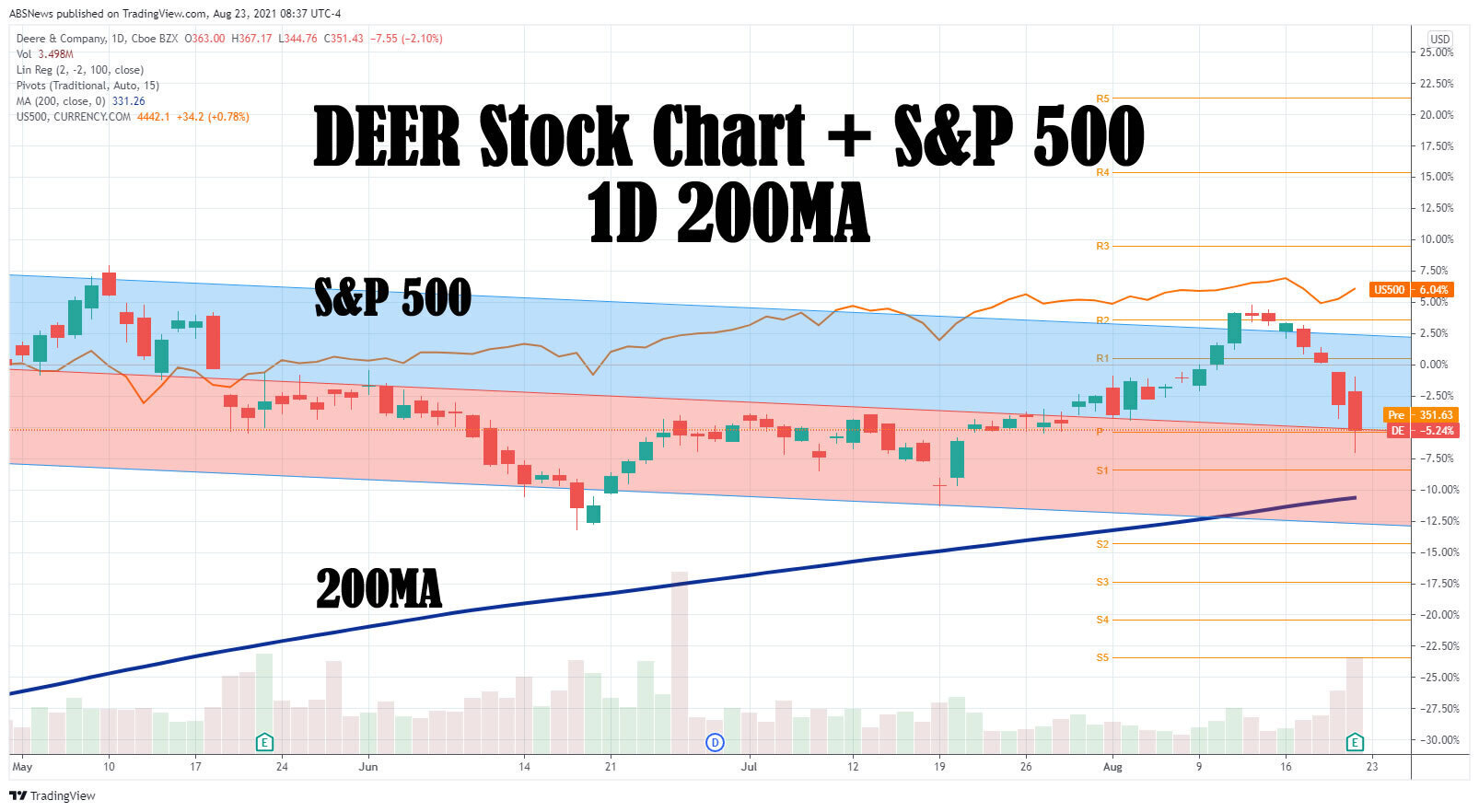 We may already be seeing the start of a dip. One of the stocks I like to watch is Deere and Company because it is a bellwether for the economy. The stock is down 7.76% in the last 5 days but up 71% for the year. Deere is optimistic and projected an increased quarterly revenue of 16% but is getting hurt by Goldman Sachs’s lowered economic projections.

As mentioned last week, the Federal Reserve is in a no-win scenario when dealing with the next financial crisis or recession. There’s a case that the Fed won’t allow the bubble to burst instead of reviving asset prices through more buying programs. If the Fed does nothing, they risk allowing a multi-trillion dollar bubble to unwind, which would likely plunge the United States into a depression.

The KC Fed’s annual Jackson Hole symposium highlights this week. But it has lost a lot of its luster after it was announced Chair Powell’s would not attend in person but instead would webcast his remark. Then the Fed decided to make the meeting entirely virtual amid a covid outbreak in Teton County.

Though the Fed has used this venue in the past to drop policy hints, and even though the July minutes indicated “many participants” favored reducing asset purchase this year, we do not believe Powell will give any clues given the increase in downside risks.

The minutes also revealed a wide mix of views on the path of the economy and inflation, not to mention QE, and those suggest the Fed is not ready to make a decision. Officials will also want to see the July jobs report on September 3. The view that there will be no hints over reducing asset purchases at this week’s meeting helped support Friday’s rally on Wall Street.

With the Jackson Hole meeting unlikely to produce any drama, attention will turn to data. After the divergent patterns seen in last week’s reports, we’ll look to the upcoming numbers to help further frame market interpretations of the macro-indicators heading into the September 21-22 FOMC.

The US House returns to work Monday to consider passage of infrastructure spending and the John Lewis Voting Rights Act. Democrats are circulating briefing notes which explain why federal subsidies for many facets of life are necessary.

The voting rights bill will require same-day or automatic voter registration, prevent voter-roll audits without federal approval, and effectively ban voting identification. Democrats understand that passage of the two bills will reshape America and its elections for many years, despite the immediate political fallout.

The “Infrastructure Bill” made its way through the Senate with the support of both sides. There appears to be a massive gap in spending between the House (which is out for roughly five weeks) that wants $6 trillion and the Senate’s $1 trillion.

The debt ceiling has officially been passed, and Janet Yellen, Treasury Secretary, has been lobbying Congress to increase it before a government shutdown.

The current $28.5 trillion debt is the starting point as the two-year suspension of the debt ceiling occurred in 2019 but will expire at the end of July. Treasury Secretary Janet Yellen believes the federal government will hit its spending limit very quickly and said a default is “unthinkable.”

The Senator said, “I can’t imagine a single Republican in this environment that we’re in now — this free-for-all for taxes and spending — to vote to raise the debt limit.”

This makes me think there is a 50/50 chance of shutdown because Republicans appear to be unified against raising the debt limit.

We expect a -0.3% dip in July existing home sales (Monday) to a 5.840 mln pace, in part due to supply constraints and in part due to record home prices. New home sales are projected bouncing 7.2% in July to a 725k clip, recovering from three months of hefty declines.

July durable goods orders should rise 0.3%, extending the positive momentum for a third straight month. Q2 GDP growth should be revised up to a 7.2% rate of growth, versus 6.5% in the Advance report, supported by two massive rounds of fiscal stimulus. Personal income is expected to edge up 0.1% in July with consumption rising 0.9%. The final reading on August consumer sentiment is likely to be unchanged from the 70.2 preliminary print, a 10-year low.

This week’s supply slate will prove interesting after last week’s record-setting 10-year auction that was followed by the poor 30-year sale. The Treasury will be auctioning $183 bln in 2-, 5- and 7-year notes Tuesday, Wednesday, and Thursday, respectively. Though the Fed’s taper plans should be on hold for now, a rate hike is still in the cards for early 2023, if not late 2022 if the economy holds out.