Below is a small excerpt from the ABS Advisor Market Intelligence Report. It is published every Monday morning to help financial advisors and investors save time and outperform. We hope you enjoy it, and please feel free to forward it to your friends.

Week Ahead: All Good Things Must End Someday, but Not Yet

The major currencies have been seeing narrow ranges for the most part so far in early week trading, with the pound being something of an exception in posting moderate gains. Cable rose above Friday’s high in making 1.3940, up from Friday’s closing levels near 1.3875. The UK currency also lifted above its Friday highs versus the euro.

There was sensational news out of the UK over the weekend, with Health Secretary Matt Hancock resigning after being caught flouting his own lockdown rules, but the news boosting the pound was a statement from Hancock’s replacement, Sajid Javid, that he is expecting to greenlight the full reopening of the UK economy on July 19.

The media also talked up the close relationship Javid and UK Chancellor Rishi Sunak. Data out of the UK is also continuing to show that while new Covid cases continue to surge among younger unvaccinated adults, driven by the Delta variant, this is not being accompanied by

a rise in hospitalizations and mortality, which remain at basement levels.

However, caution has been prevailing in stock and commodity markets amid a spike in Covid cases across East Asia, driven by the highly transmissible Delta strain. Record high cases are being seen in Indonesia, Malaysia is set to extend lockdown, and Thailand announced new restrictions. Sydney in Australia is also in lockdown.

Treasuries lost ground on Friday after choppy trading since the FOMC’s pivot announced on June 16. The unwinding of the flattening trade weighed on the longer maturities. The 30-year bond sold off sharply on Friday with the 30-year climbing over 5 bps to 2.149%. The 10-year was 3.2 bps cheaper at 1.52%. The 2-year was fractionally richer at 0.266%. The curve widened 3 bps to 125 bps on Friday and was at 118 bps the Friday before. Stocks closed last week on a mixed footing with a reflation trade boosting the Dow, while the pop in rates weighed on the NASDAQ.

The stronger-than-expected rebound in the global economy and the faster than projected acceleration in inflation has caused central bankers around the world to start to discuss withdrawal of accommodation. In fact, several emerging market nations have already begun lifting rates. However, liftoff from the FOMC, ECB, BoE, and BoJ is still quite some time in the future. 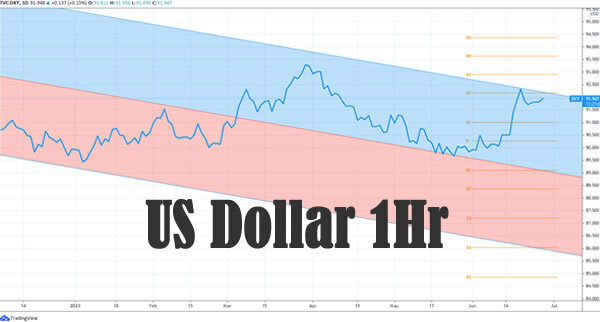 Sources reported some of the heavy selling in Treasuries was from rate locking ahead what could be a flood of bank issuance this week after the major banks easily passed very onerous stress tests with the major banks having sufficient capital to cover $470 bln in losses. The Fed removed pandemic restrictions last Thursday, also opening the door for dividend payments and share buybacks. Look for positive movements on financial and bank stocks.

As Fed Chair Powell has indicated, the recovery has been uneven, and sufficient downside risks remain, not to mention noisy data, to keep policymakers cautious as they discuss unwinding QE ahead of an eventual tightening, especially as there have been signs of a slowing in y/y inflation. Since the policy path is dependent on the economic data, releases will be closely monitored. But while none of the upcoming reports will alter officials’ outlook, each will add to the body of evidence to guide the decisions.

The Infrastructure Bill appears to be making traction after Biden and key Democrats threatened to torpedo it didn’t contain the $1 trillion-plus spending of additional “green” and special projects. As it gets closer to passing, expect “inflation” to become an even bigger factor.

We are currently facing debt to GDP ratio of 128.12% which is causing record inflation. However, the scary thing is that by 2025 with only the current level of spending, we are looking at 189% debt to GDP and $50 trillion in national debt.

The focus this week will be on the jobs report on Friday, where we expect non-farm payrolls to rise 550k, versus the previous 559k increase. Other data on the week include June consumer confidence, along with the June ADP employment survey, June manufacturing ISM, housing data, and the May trade report.