A complex investment plan pitched as low-risk by stockbrokers in UBS Group AG has triggered a backlash from customers of its securities unit.  The strategy, called Yield Enhancement Strategy, or YES, has generated at least $60 million in losses for clients and more than two dozen customer complaints, according to a lawyer for the investors. 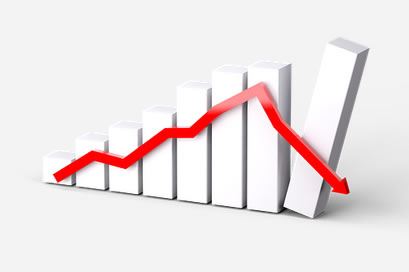 YES involved the use of several option transactions and borrowing, according to marketing materials, and faltered when volatility in the bond and stock markets intensified last year. In just one month late last year, the plan had losses exceeding 13%, a customer-account announcement indicates.

Matthew Thibaut, a partner with Haselkorn & Thibaut, P.A., a law firm that has experience in handling investment loss recovery cases and representing investors, and a former defense lawyer who has represented UBS and Merrill Lynch, said “the potential claims against UBS and these other massive broker-dealer firms are nothing really new and these matters seem analogous to the structured product cases I used to defend, particularly following Lehman Brother’s bankruptcy in September 2015. There are eerily just too many similarities to ignore.”

The UBS team overseeing YES had $5 billion to $6 billion in assets under management, arbitration records show. When selling the enhancement strategy, UBS agents focused on the firm’s wealthy customers. The UBS spokesman confirmed that it offered the program to clients whose net worth was $5 million, not an unusual threshold for complex or highly leveraged investments.

Oil prices showed a noticeable decline on Wednesday, but managed to recover closer to the end of the afternoon session. The development of negative dynamics was facilitated by the worsening prospects for a trade deal between the United States and China, after Donald Trump criticized China’s position at the UN General Assembly on Tuesday. At the same time, Trump unexpectedly spoke out for the possibility of improving the situation around Iran.

The US Department of Energy report released on Wednesday also put pressure on quotes. According to the report, over the week as of September 20, Crude Oil Inventories rose by 2.412M barrels after growth of 1.058M barrels over the past period. Analysts had expected a decrease of –0.249M barrels. Refinery Utilization Rates in the United States fell by 1.4% to 89.9%, which exceeded forecasts. US oil production rose to 12.500M barrels per day, compared to 12.400M last week.

In the D1 chart, Bollinger Bands are reversing horizontally. The price range consolidated in the wide limits, indicating a high volatility of the instrument. MACD is going down keeping a moderate sell signal (located below the signal line). Stochastic, having approached the level of “20”, reversed into the horizontal plane, reacting to the appearance of ambiguous dynamics.

Existing short positions should be kept until the situation clears up.