Russia declared war on Ukraine yesterday and the market is sinking fast. We have been bracing for this for several weeks and it looks like Putin just put all the chips on board. It appears to be a full-blown invasion. Ukraine has suffered some major losses but is fighting back.

Why is Russia Invading Ukraine?

The short answer is invading Ukraine because Russia views Ukraine as part of Russia historically and there is a lot of wealth in Ukraine. Much of Eastern Ukraine is populated with Russians, while the West is anti-Russian. The threat of expanding NATO to Ukraine may have forced Putin to act.

Now it is clear that the first round of economic sanctions placed on Russia was not enough to deter a Russian invasion. The price of Brent crude oil soared to $105 per barrel almost immediately after Russia declared its “special military operations” against Ukraine. This marks the first time that crude oil has surpassed $100 since 2014. The price of crude oil will continue to rise as Russia’s invasion continues, and consumers will feel the pressures at the pumps. The US imports almost 600,000 barrels of oil per day (BPD), from Russia. 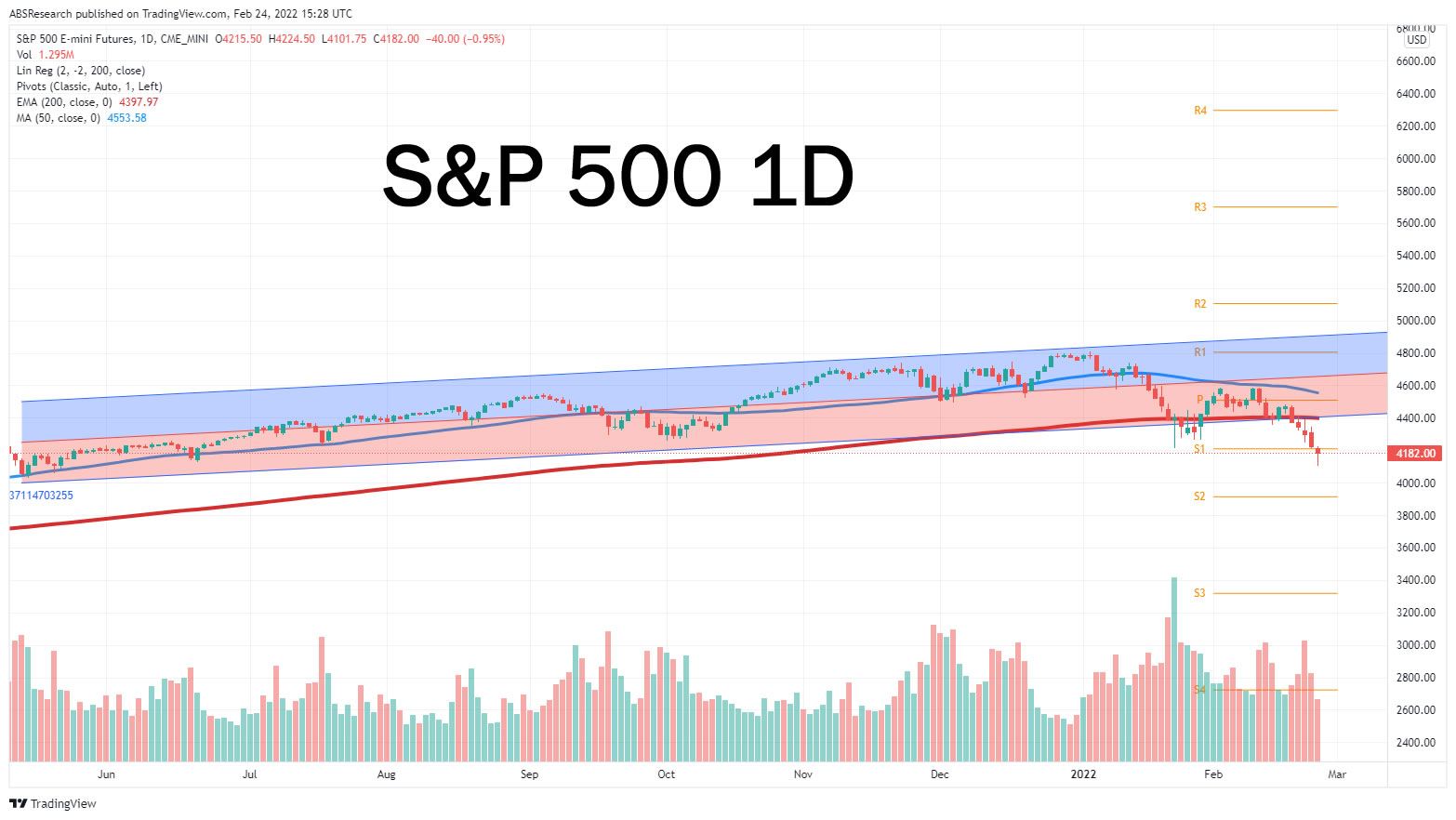 If it had completed construction, it would have produced more than 800,000 BPD using the Keystone XL. As long as the invasion continues, the major driver of rising prices will be the sharp decline in Russia’s ability to import oil. As a result of Russia’s invasion, US sanctions could outlast the invasion. This will mean that oil prices could remain high and that consumers in the US may feel adverse effects.

After the declaration of war, Russia’s stock market suffered a severe crash. Index funds fell almost 35%. The plunge resulted in trading being temporarily stopped as it erased more than $250 billion. The cryptocurrencies fell as well, with Bitcoin dropping 6.5% and Ethereum dropping just over 9%. This loss erased the majority of the $300 billion in crypto market capital lost since last week. The US stock market is likely to fall as global conditions change. 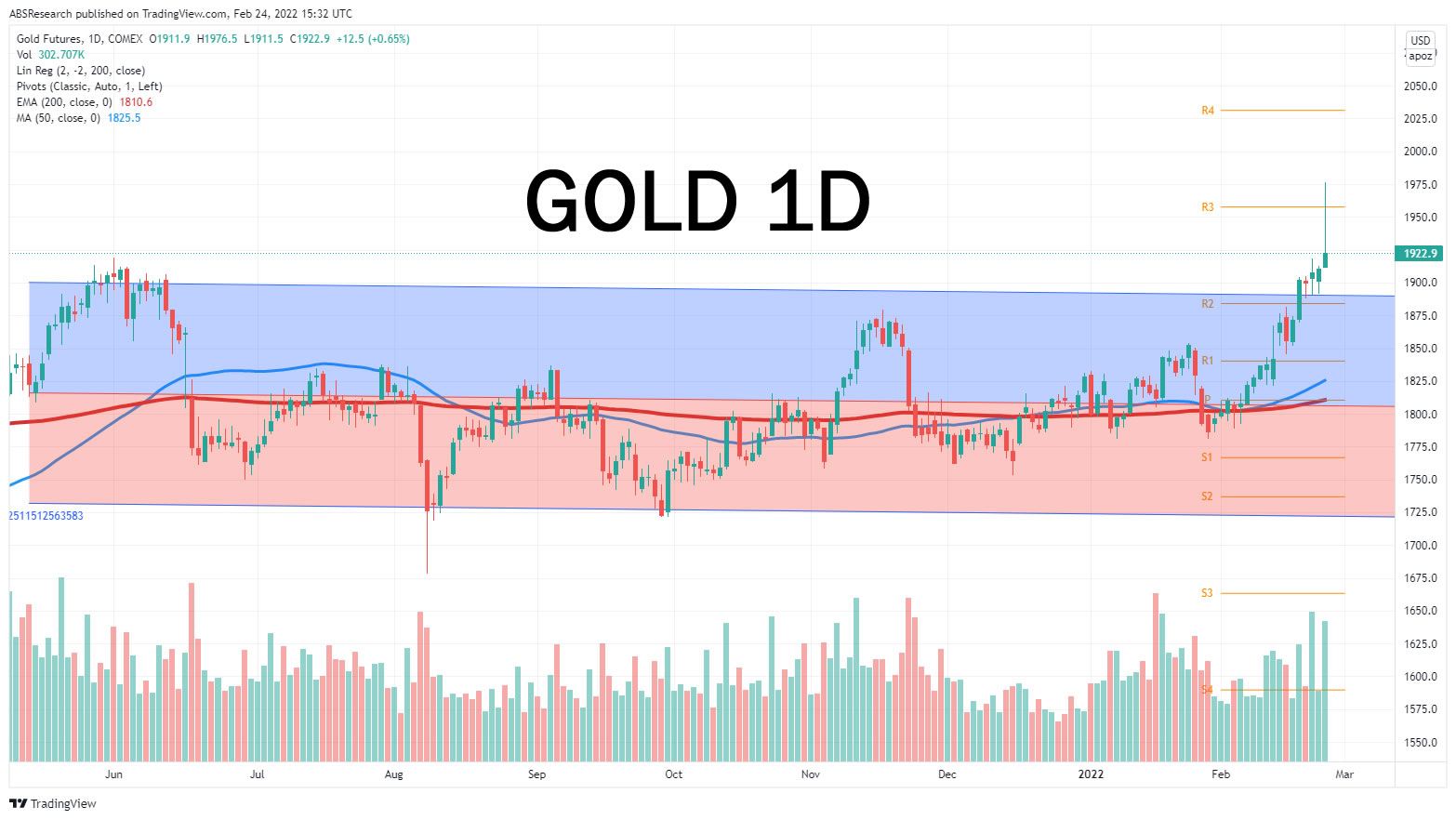 When Russia goes to war with Ukraine all week, you’ve heard numerous answers to this question in Ukraine, 71% of the people believe the country is already at war with Russia. This is a complex crisis and all the answers are hidden in history. Did you know there was a time in Kyiv that was more powerful than Moscow?

We will tell you why Russian president Vladimir Putin is obsessed with.  We begin in the ninth century, there was a state called key Kyivan Rus. This is where it was located.

The Slavic people lived here. The city of care was the capital between 980 and 1015, the Kyivan Rus was ruled by the grand principle of the mirror in Russia. His name is Vladimir and Ukrainian. And as fate would have it, these are also the names of the presidents of these two countries today. Anyway, Russians Ukrainians and the Russians draw their lineage from this Slavek state a lot changed in the centuries that followed.

The two were Soviet republics, Russia, the most powerful of the 15 republics, and Ukraine. The second most. It had defense industries, large agricultural lands, and house much of the Soviet nuclear arsenal during the cold war. Ukraine was the, our tribal of the United States. The Soviet Union collapsed in 1991.

Ukraine became independent as did Russia. Ukraine inherited much of the Soviet nuclear arsenal but gave it up to Russia in 1994 in exchange for Moscow, which guaranteed Ukraine security and promise to respect its sovereignty. They signed the Budapest memorandum along with these. November 2013 Victoriana co, which was the president of Ukraine.

He had a reputation for heavy-handedness corruption and above all for being openly pro Moscow. In 2013, he rejected an EU trade deal. This deal could have meant greater integration with the European Union. Instead, Yanukovych decided to take a $15 billion bailout from Russia to many Ukrainians. It felt like being sold to Moscow.

So protest broke out. They were called Euromaidan. Because these protests were about Europe and Madonna because they happened in Kyiv, Madonna. What we today know as the independent square here, protesters chanted sign, the EU deal. Yanno Covich must step down. Russia supported the president. The west supported the protesters in February, 2014 Yanaka which his government was toppled.

The president was driven out of Ukraine. He fled to Russia, not every Ukrainian was happy. Many in the Russian-speaking east wanted Yanukovych to stay. When he was driven out, the minority felt disenfranchised. On the other side of the border, Russia was angry. It had lost its puppet to salvage the situation.

Moscow annex, Crimea. Why. Well, let’s now zoom into this part of the world. Crimea is a pendant salon. It is located in the black sea in 1954, Soviet leader, Nikita Khrushchev transferred Crimea. It was given to the Ukrainian Soviet Socialist Republic from the Russian Soviet Socialist Republic. Why did Khrushchev hope the transfer would strengthen “brotherly ties” between the Ukrainian and Russian people, both Russia and Crimea were part of the.

So this transfer did not mean very much when Ukraine became independent in 1991, Crimea joined it. The pendants were given special autonomy. It remained home to a Russian military basis. Moscow promises to respect crime in autonomy. Many in Russia were of the opinion that Crimea should not have been allowed to join.

In 2014, Mariana Covich was ousted from power in Ukraine. The Russian military began seizing government buildings and Crimea. So the entire peninsula was under military occupation. A referendum followed on the 16th of March, 2014. Crimeans voted to become a part of Russia. Was this vote legitimate? Well, it depends on who you ask for Putin.

This was Crimea’s liberation for the rest of the world. This was a crime. He has. The focus then shifted to Eastern Ukraine where Russia-backed separatists had seized territory. You create enforces did not launch an all-out offensive at first, but on the 17th of July, 2014, when a flight carrying 298, people was shot down by these rebels Ukrainian forces decided to flush out the rebels.

The separatists began losing ground. So the Russian army stepped in. They invaded Eastern Ukraine and fought alongside it. What followed was a series of talks between Russia, Ukraine, and the west. They resulted in the Minsk Accords. This was first signed in 2014, both sides agreed on a ceasefire and military withdrawal.

Ukraine agreed to hold elections in the rebel-held areas eight years after the Minsk Accords remain unemployment. Ukrainian stands as the largest European country, excluding Russia. It covers an area of more than 600,000 square kilometers with a population of 44 million and a GDP of more than $155 billion per capita income, more than $3,700.

Today, Ukraine is divided between east and west in more ways than one. The west sees itself as more European. The east is closer to. Beat in terms of geography or sentiment in the west. Most Ukrainians speak Ukrainian in the east. A third are native Russians in the west. Russia is looked at with suspicion in the east.

Russia is looked at through the lens of shared history and heritage Ukraine also remains at war its forces are fighting. The rebels in the east rebel leaders are ruling at least two regions Donetsk, and Lugansk together. They’re known as the Donbas. Russia has once again sent its troops this time, to their station, right at the border.

And this is just half the story. As I said, a lot is hidden in history. For starters, there is domestic politics. When Putin annexed, Crimea, his approval ratings, skyrocketed keeping the nationalistic drum roll. Helps the Russian president and X-ing parts of Ukraine also helps Putin restore Russia, superpower image.

Again, back to history, many Russians view Ukraine’s independence as a mistake. It is true that Ukraine was ruled by Russia. In fact, Ukraine has barely remained independent pre-1991. There was a brief period before world war II. And then another stint in 1600 for the rest of its modern history. Ukraine was under Russia.

One in six Ukrainians is an ethnic Russian one in three speaks Russian as a native language. So Putin is right when he says historically they were one, but claiming you create on the basis of colonial history is wrong. It will be like Britain claiming South Africa.

Joseph Stalin created a famine in Ukraine in which millions of Eastern Ukrainians died in one winter. The area was then repopulated with ethnic Russians in the 1940s. There is a reason why Eastern Ukraine today has so many native Russian speakers. It was designed to be that way.

Eastern Ukraine was always dear to Russia. It has coal. It has iron for tiles. It’s a historical connection with Russia was forced both in time. And again talks about the holy ruse. He says Russians and Ukrainians are one people. 70% of Ukrainians reject this thought 72% consider Russia a hostile state.

Today 33.3% of Ukrainians are ready to take up arms against Russia. 21.7% are ready to stage a civil resistance against. 67% of Ukrainians want to join the EU 59%. Want to join NATO? Meet the current Ukrainian president Volodymyr Zelensky. He came to power in 2019. Following a landslide. He’s a vocal critic of Russia, Zelenskyi openly opposes the Russian occupation of Eastern Ukraine.

73% of your creative voters voted this man to power today. Volodymyr Zelensky represents the pulse of Ukraine, the Ukraine that wants to remain independent of Russia, but  Putin wants to become the man who revived Russian imperialism.