A merger between Ginkgo Bioworks and Soaring Eagle Acquisition (SRNG) was recently announced with the expected date of completion sometime in the third quarter of 2021. The merger will result in the infusion of $2.5 billion into Ginkgo Bioworks that will enable it to pursue its growth plans. SRNG stock is soaring and up 14.89% in the last five days!

The $2.5 billion includes $775 million in PIPE and $1.7 billion that SRNG holds in trust. Based on the transaction, Ginkgo is valued at $17.8 billion while the proforma EV was assessed to be $15.2 billion.

Does that mean that the SRNG stock, before its merger with Ginkgo, is undervalued? 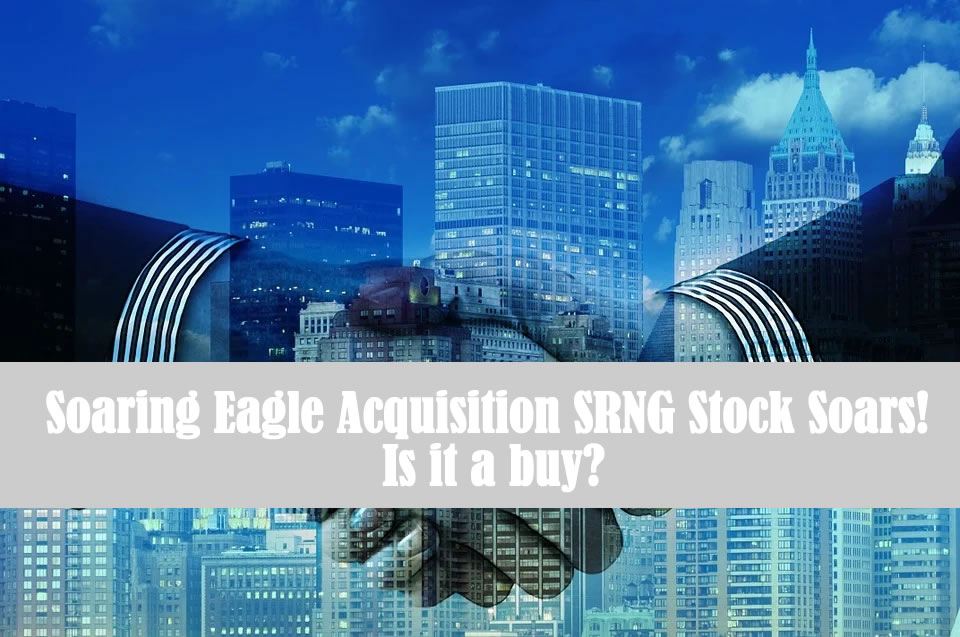 Ginkgo offers a platform that is widely used by industries like agriculture, pharmaceuticals, and chemicals in biotechnology-related applications.

Attaining the status of Amazon Web Services of synthetic biology is the ambition of the Boston-based company.

The multiple for 2024 works out to 24.2, which is considered much more reasonable and somewhat in line with other growth life sciences companies the multiple for which is estimated at a median 18.7 for 2024.

Though overvalued based on industry comparison, Ginkgo has a significant growth potential that is yet untapped, which is what the high valuation perhaps tales into account.

Also, the valuation is sans revenues that will accrue downstream, such as equity or royalty payments, which are expected to assume larger scale in subsequent years as more users come on to the platform.

Including the company’s NPV value of $4 billion for 2024 and $345 million for 2021, the multiple itself might start to look excessive.

With an addressable market of $40 billion, Ginkgo’s projections envisage an annually compounded revenue growth of 84 percent from 2021 to 2024. With an adjusted EBITDA of $166 million, it expects to turn in a positive EBITDA in 2025.

Ginkgo as an investment?

Adding credibility to Ginkgo is the $1.1 billion loan it has been given by the US International Development Finance Corporation (IDFC). This is to enable Ginkgo to optimize its efforts towards the manufacturing of Covid-19 vaccines and related research.

The technology that Ginkgo offers can be applied in many industries, as is the case with industries like chemicals and agriculture and pharma already doing so. The market for bioengineered products is estimated to be between $2 trillion and $4 trillion, according to a McKinsey report.

Ginkgo is right up there and well positioned to benefit from this growth. It already takes either royalties or equity in the apps being developed on its platform.

According to Ginkgo estimates, over $40 billion will be spent on biotech R&D related work just between drug research and manufacturing companies. The Ginkgo platform could be useful for many of them because of its ability to accelerate their work. It expects to multiply their new biological program customers to over 500 by 2025, from the present 20.

Genomics is emerging as a key investment theme for the future. The backing of high-profile fund managers like Cathie Wood of ARK Invest and Baillie Gifford is a shot in the arm for Ginkgo Bioworks.

Investors seem to have an opportunity to still enter this play as the SRNG stock at present is trading close to its list price.