Violation of instructions of issuers, as well as their own internal policies regarding the allocation of municipal bonds, has invited sanctions from The Securities Exchange Commission (SEC) for RBC Capital Markets as well as their former Head of Municipal Sales and Head of the Municipal Syndicate Desk, as per a press release dated 17th September issued by the SEC.

These transactions took place over a 4-year period during which RBC appears to have routinely allocated bonds identified either for institutional or retail customers, to parties known as ‘flippers’ in the industry. These ‘flippers’ are known to make a margin while selling these bonds to other broker-dealers.

Some of these bonds found a way back to RBC when they placed orders with these ‘flippers’ who had been improperly sold the same bonds in the first instance. This allowed RBC to overcome the lower priority in allocation they would have encountered had these orders been placed directly with the underwriters. 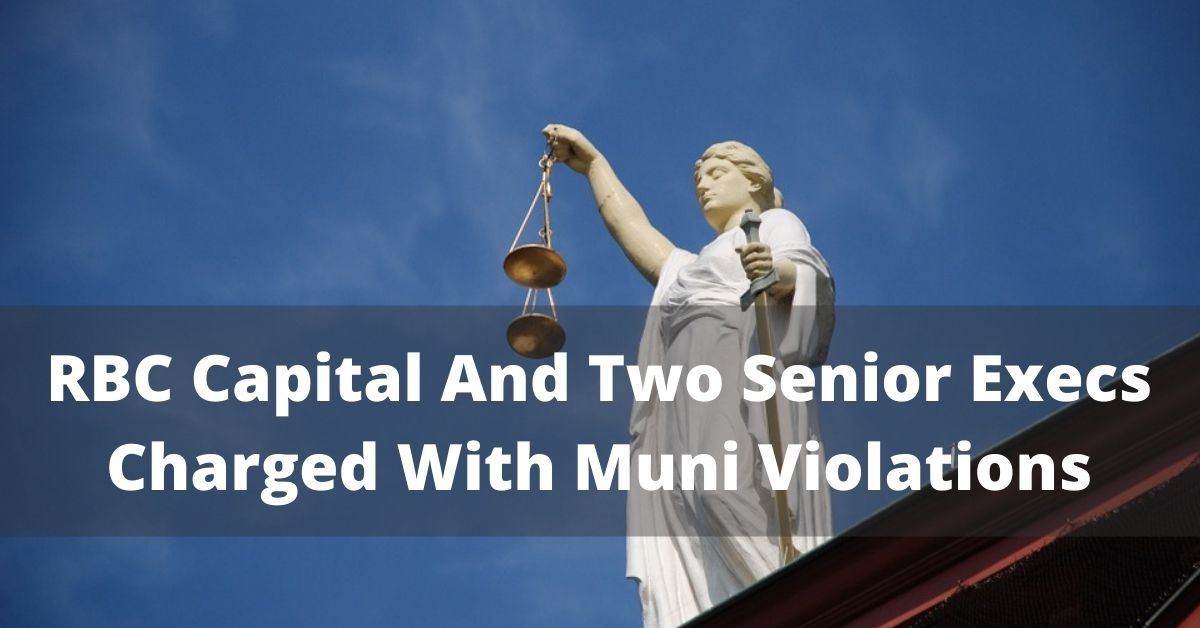 Charges that RBC has been found guilty of are:

It appears that RBC has consented to the public administrative cease-and-desist order that lists the violations and agreed to a censure.

The amount is constituted of as follows:

While passing the order, the SEC also noted that RBC should have known where ‘flippers’ stand regarding allocation of municipal bonds and should never have been beneficiaries in primary allotments of the same.

Investors worried about their investments with RBC Capital Markets can approach securities attorneys at Haselkorn & Thibaut, which is a national investment fraud law firm, that has offices in New York, Florida, Texas, Arizona, and North Carolina. Investors across the country are represented by Haselkorn & Thibaut in their claims against broker-dealers.

For a free consultation, you can reach Haselkorn & Thibaut at 1-800-856-3352. For more information, you can also visit them at www.InvestmentFraudLawyers.com.