An ex-Ameriprise financial advisor has received a 14-year prison term following a multi-year real estate investment fraud that victimized his investors millions of dollars in losses. From August 2008 to September 2015, Paul Mata allegedly lured investors to invest in several businesses he controlled including government-backed tax liens, and distressed residential and commercial properties, according to the United States Attorney’s Office for the Central District of California. Mata is a resident of Oceanside, California.

Instead of investing appropriately, Mata spent it on personal expenditures like a down payment on his own home, as well as loans to himself and other organizations he created. Furthermore, he transferred hundreds of thousands of dollars to his personal bank accounts, the prosecutors recalled.

According to the U.S. Attorney’s Office, Mata caused his victims losses amounting to over $12 million. Mata’s targets were frequently elderly individuals who had put their retirement funds into his schemes, the prosecutors said. In addition, Mata neglected to disclose a number of disciplinary measures taken against him in his annual reports. 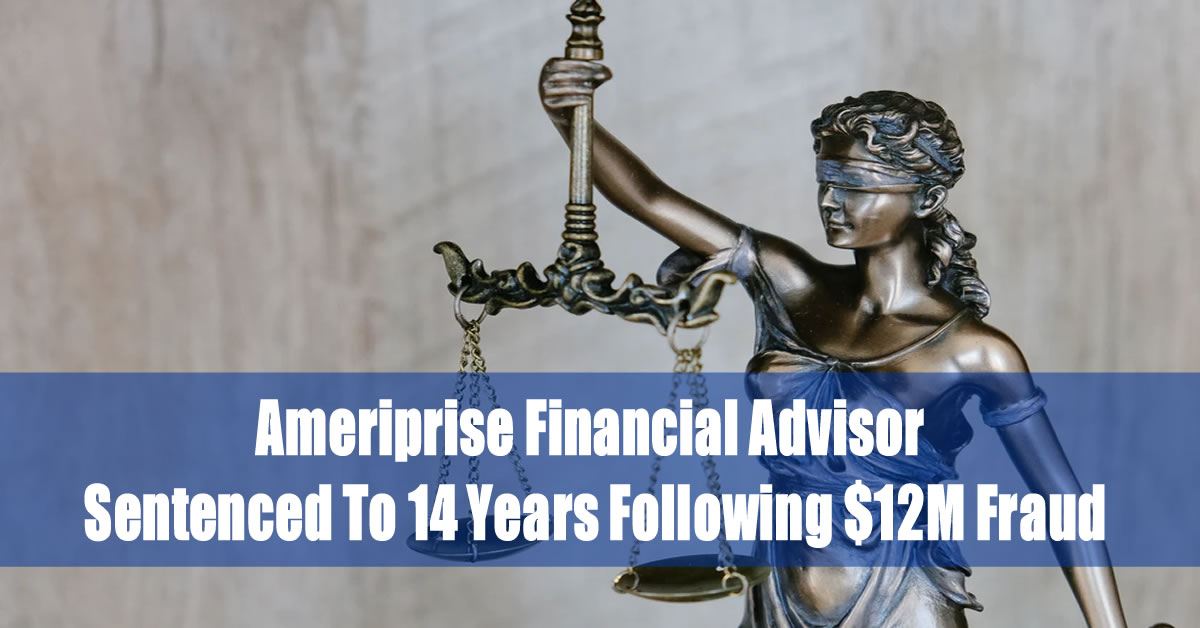 Mata pleaded guilty in July to charges including wire fraud, mail fraud, falsifying statements regarding bankruptcy proceedings, concealment of assets, and giving false accounts and testimony in bankruptcy. On Monday, Mata was sentenced to 168 months in federal prison and was ordered to pay around $12.6 million in restitution by U.S. District Judge Gary Klausner, the U.S. Attorney’s Office reported.

According to BrokerCheck and the U.S. Attorney’s Office, Mata began working for Ameriprise in 1988 and stayed there until April 2009, when he was let go. Mata was also registered with IDS Life Insurance from 2000 to 2006, according to his file.

In March 2011, the Financial Industry Regulatory Authority (FINRA) fined Mata $10,000 and banned him from working in the securities industry for a year over claims related to unapproved private security transactions as well as several purported failures to FINRA rules.

In September 2015, the SEC ordered Mata to pay over $11.6 million in disgorgement after it was found that he alongside his two business partners had lured over $14 million from more than 100 investors by promising guaranteed returns in unprofitable and unregistered funds. Furthermore, BrokerCheck also alleged that they use one of the investors’ money to pay for personal expenses.

According to his record, Mata has been sanctioned by the State of Nevada and the state of California in 2010 and 2014 respectively,