At one time associated as a financial advisor (FA) with Ameriprise, Paul Juan Mata has pleaded guilty to multiple counts of wire and mail fraud, and several others, in a total of 17 felonies. The mostly elderly clients he targeted collectively lost over $12 million in the real estate investment fraud he perpetrated, with a big chunk coming out of their retirement accounts.

A perusal of Mata’s BrokerCheck profile reveals that he was continuously associated with Ameriprise for 20 years, till 2009, when his services were terminated on account of his recommendations to clients that they take risky loans, as well as for selling securities that they, Ameriprise, neither held nor offered, as gleaned from the indictment against him from 2019, filed by the DOJ.

He founded the SEC-registered investment firm Logos Wealth Advisors and continued to solicit clients of Ameriprise to do business with his new firm. He had disciplinary action taken against him by California and Nevada, which, as per the DOJ, he failed to disclose to the clients he was pursuing from August 2008 through to September 2015 for investments in his business activities. He also served a misconduct-related one-year suspension by FINRA (Financial Industry Regulatory Authority) and a three-year suspension by the CPF Board. 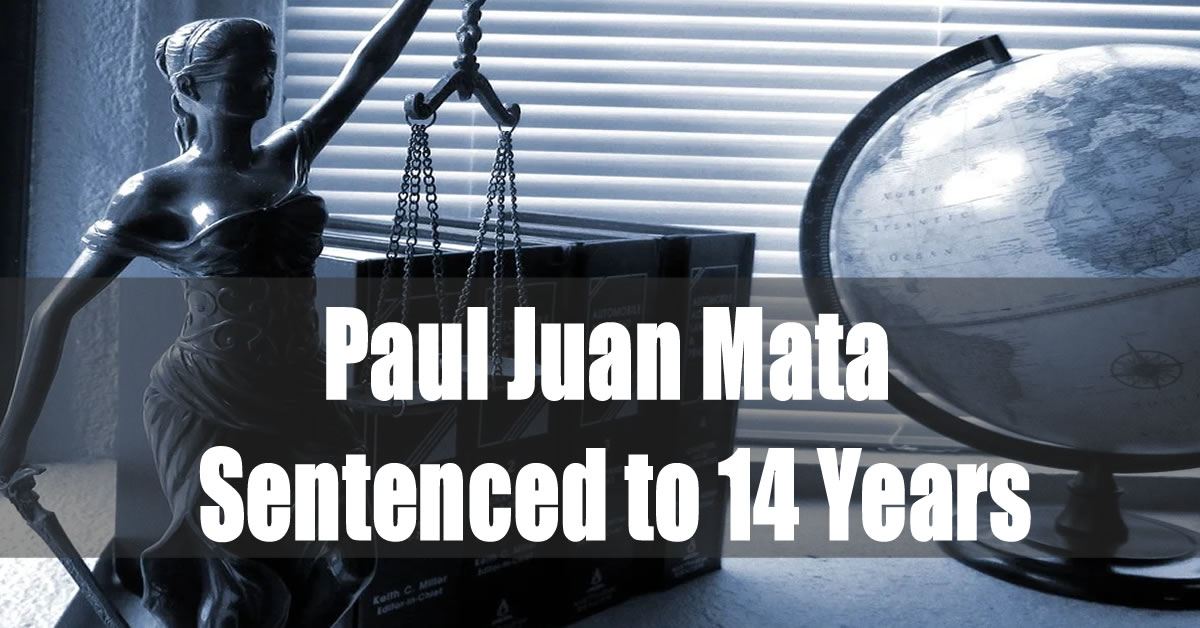 Modus Operandi – from praying to preying

Mata sought investments in Secured Capital, another business owned by him which claimed to invest in ‘government-backed tax liens’ as well as residential and commercial property and promised to deliver a return between 5 and 10 percent.

According to the DOJ, Mata’s business had a ‘significant loss risk’ and did not deliver a profit even once after 2011.

As per the Securities Exchange Commission (SEC), who, in 2015, filed a civil action against him, Mata made presentations at church gatherings, which is where he recruited many of his victims from and conducted seminars online with titles like “Finances God’s Way” and “Indestructible Wealth.”

In a sentencing memorandum, DOJ prosecutors noted that “He prayed with them, professed to share values and beliefs with them, and he acted like they were his friends. Moreover, many of his victims are currently retired, and/or were in the process of retiring when (Mata) advised them to enter into his risky investments based on false pretenses.”

The DOJ also revealed that during the bankruptcy proceedings in October of 2016, Mata had claimed that he had never filed for it earlier, which was a lie. He had, in fact, filed for bankruptcy earlier in 2010. He also hid property that included a number of cars, from his creditors and the government.

What happened to the funds?

As is mostly the case, the funds were channeled out from Secured Capital and used for funding his own lifestyle.

The SEC, who filed a case in 2015, has finally been successful in getting a mandate for Mata to cough up $11.7 million. An injunction against Mata, as well as an order for $14 million in restitution and $6 million in penalties, has also been won by the California Department of Business Oversight.

After the sentencing, Mata has been remanded to custody. The court has ordered him to pay $12.5 million in restitution, in addition to the prison term that runs for 168 months. Mata’s attorneys have not responded to requests for comments.