European currency showed a steady decline against the US dollar on Wednesday, updating local lows of September 12. The reason for the appearance of downward dynamics was the technical factors of correction of USD, which underwent sales on Tuesday due to the reports of the beginning of Donald Trump’s impeachment procedure. Despite the fact that it is unlikely that it will be possible to get approval for impeachment in the Senate, which is controlled by the Republicans, the situation itself may adversely affect the political situation in the country. An additional factor of USD growth is an increase in the yield of treasury bonds and an in corporate demand. Macroeconomic statistics from the United States also provided moderate support to the dollar. New Home Sales in August showed an increase of 7.1% MoM after a decrease of 8.6% MoM in the previous month. Analysts had expected growth by 3.5% MoM. 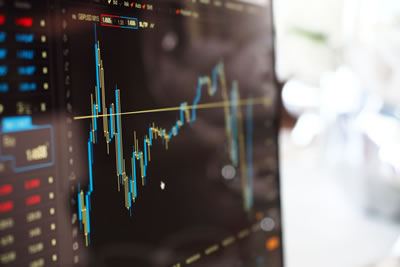 The British pound fell against the US dollar on September 25, retreating under the onslaught of the growing US currency. Additional pressure on the instrument was exerted by weak macroeconomic publications from the UK. Gross Mortgage Approvals in August fell from 43.303K to 42.576K applications, which turned out to be worse than the forecasts. The main factor contributing to the weakening of the pound, is still the situation around Brexit. The market was optimistic about the decision of the UK Supreme Court to declare the suspension of parliament unlawful. However, now the parliament is plunging into political battles with Prime Minister Boris Johnson, which does not contribute to the development of a final agreement with the EU.

The Australian dollar showed an active decline paired with the US currency, updating local lows of September 3. The instrument reacted with sales to a massive strengthening of the US dollar across the entire market, while the fundamental background did not change much. Today, the instrument also is trading with an increase. Investors expect the publication of statistics from the United States. The focus is on updated data on the dynamics of US GDP for Q2 2019, as well as statistics on Pending Home Sales and KC Fed Manufacturing Index.

The US dollar rose significantly against the Japanese yen on Wednesday, retreating from its local lows of September 9, updated the day before. The emergence of corrective dynamics in the instrument, in addition to the large-scale growth of the American currency across the entire market, was facilitated by the statements of the Bank of Japan Board member Takako Masai, who noted that the regulator is ready for new measures to stimulate the economy in case inflation slows down to the target level of 2%. Masai also emphasized increased external economic risks amid the approaching Brexit deadline and the lack of progress in US-Chinese trade negotiations.

Oil prices showed a noticeable decline on Wednesday, but managed to recover closer to the end of the afternoon session. The development of negative dynamics was facilitated by the worsening prospects for a trade deal between the United States and China, after Donald Trump criticized China’s position at the UN General Assembly on Tuesday. At the same time, Trump unexpectedly spoke out for the possibility of improving the situation around Iran. The US Department of Energy report released on Wednesday also put pressure on quotes. According to the report, over the week as of September 20, Crude Oil Inventories rose by 2.412M barrels after growth of 1.058M barrels over the past period. Analysts had expected a decrease of –0.249M barrels. Refinery Utilization Rates in the United States fell by 1.4% to 89.9%, which exceeded forecasts. US oil production rose to 12.500M barrels per day, compared to 12.400M last week.