The Financial Industry Regulatory Authority (FINRA) has levied a fine of $1.5 million on Merrill Lynch. According to FINRA, the firm failed to implement documented procedures and systems for supervision, designed to facilitate compliance with regulatory guidelines, which would prevent consequences arising from short positions being taken in municipal securities.

In February 2015, Merrill Lynch had been asked by FINRA to liquidate/ cover its short positions in municipal securities. They were asked to do the needful by the end of the month.

The following month, Merrill Lynch advised FINRA of holding 255 short positions that were of 30 days or longer vintage. These included 83 short positions in municipal securities.

Member firms of FINRA, of which Merrill Lynch is one, were reminded in July 2015 of the need to include written procedures, meant to be followed by supervisors, for preventing, detecting, and resolving situations arising out of holding short positions in municipal securities. The reminder included a mention of the law that requires prompt physical control of municipal securities short for more than 30 days, to be taken by the firm.

Cue to December 2015. The number of municipal securities shorts aged over 30 days on Merrill’s books went from 83 to 231, including some that were over a year old. The par value associated with this book was $29,599,788.

Merrill was reminded in September 2015, and again in May 2016, of the need to not only implement written procedures for supervisors but also to introduce a supervisory system that could enable detection and resolutions of such issues, which would prevent further fallout and consequences. Merrill was also directed by FINRA to inform customers regarding the substitute interest received by them and its taxability status. 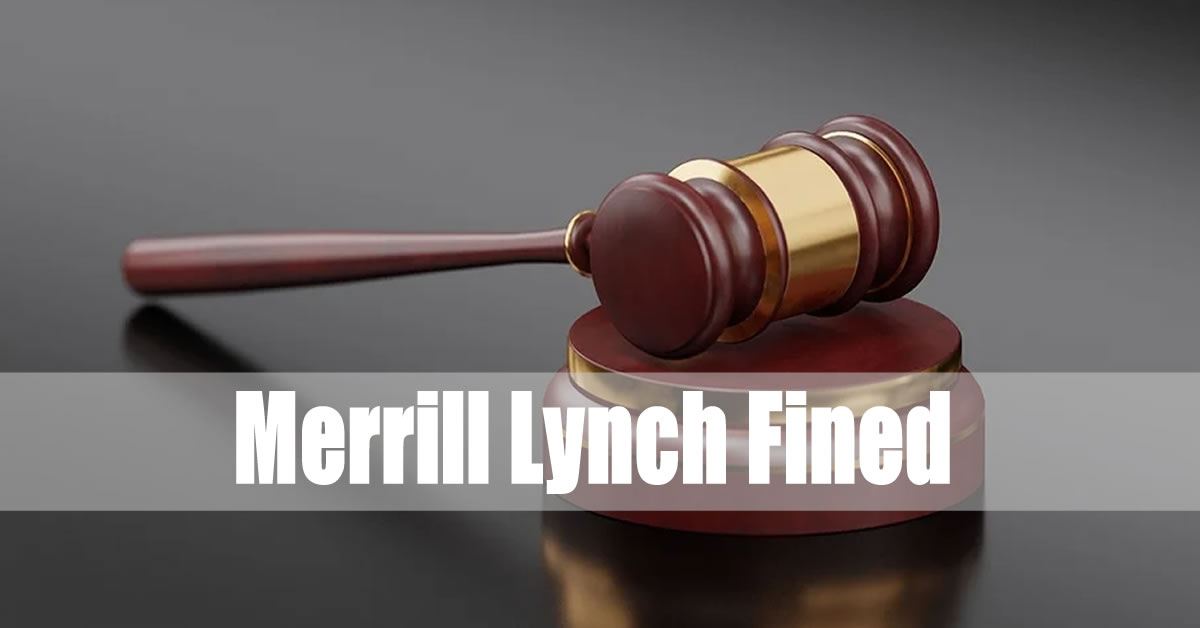 The number of short positions in municipal securities held by Merrill that were 30 days old or more, had increased to 164. They had a par value of $27,726,712.

The par value of such positions exceeded $28 million.

The short positions outstanding on Merrill’s books ranged between 130 and 190 while their par value ranged from $3.1 to $7.2 million.

Of the 83 short positions in municipal securities initially identified in March 2015 were still not in the control of the firm.

Merrill had 69 short positions in municipal securities with an associated par value of $2,182,854.

The short positions in municipal securities that had aged required that Merrill pay substitute interest to the tune of $796,000 to over 1,500 customers. This pertains to the period from January 2015 through December 2018.

Merrill, in February 2015 and September 2015, had been informed by FINRA of the need to promptly inform municipal bond-holding customers of their receipt of substitute interest.

From February 2015 through June 2017, customers receiving substitute interest were paid ‘grossed up’ (‘tax adjusted’) amounts. The ‘grossing up’ was for the amount that would be applicable in the form of federal taxes. This grossing-up was classified as ‘Misc. Income’ in the Form 1099 as well as account statement of such customers. This classification was modified in June 2017 to reflect the true nature of this payment, including a reference to its taxability.

Till then, there had been no specific guidance provided by Merrill to these customers that the substitute interest paid to them was liable to tax. This resulted in customers, who received these payments till before June 2017, not being in possession of complete information which would enable them to evaluate the real return from the security and based on which they could take a decision on whether to continue holding it, cancelling the trade, switching to a comparable security, or any other.

In June 2021, customers were informed by Merrill that the substitute they had been paid, could also be liable for state and local taxes. They were also informed of how the ‘grossing up’ was done and how it took care of all their federal, state and local tax liabilities.

FINRA was able to conclude that between February 2015 and October 2016, Merrill Lynch neither had, nor implemented, supervisory systems or procedures that would lead to the detection and resolution of short positions in municipal securities held by the firm, which could, further, prevent impact on customers holding these securities.

As per FINRA, considering the municipal securities business that was run by Merrill Lynch, the absence of, as well as their failure to implement, procedures and systems that would detect and resolve short positions in municipal securities and bring them within the firm’s control, thereby preventing their residual downstream impact, could not be considered as reasonable.

Hence, Merrill Lynch was fined $1,500,000 with a further requirement for a specific confirmation of compliance with regulations that require firms to take physical control and possession of municipal securities that are short for a period of 30 days or longer. Additionally, they were also asked to confirm that written supervisory procedures had been distributed to all personnel responsible for compliance with these laws.

Do you believe you have lost money as a result of broker misconduct or neglect, or know someone who has?

There are many remedies available to investors done by unlawful actions of brokers and broker-dealers. Are you a victim of investment fraud? Contact Haselkorn & Thibaut, P.A. at 1-800-856-3352 or visit InvestmentFraudLawyers.com for a free consultation on recovering your losses.