The latest GPB Capital news this week is that Toni Caiazzo Neff, a former compliance officer for a broker-dealer, was allegedly targeted with various tactics to silence her after she raised a concern about GPB Capital.

For those not aware, GPB Capital has had a series of negative news that sounds like something out of Hollywood. In the last year, they have been accused by a former business partner of running a Ponzi-scheme, investigated by the FINRA and SEC, raided by the FBI and had their compliance officer arrested.  There has been

In 2016 Neff worked at Purshe Kaplan Sterling as in compliance when she was asked to do due diligence on GPB Capital. She recommended that Sterling have nothing to do with them. Management at Sterling overrode her and decided to sell GPB Capital Funds. Neff then reported the situation to Finra and was fired.

Her federal whistle-blower lawsuit against Sterling was dismissed last year because she went to FINRA first. Neff recently came forward after the arrest of Michael Cohn, GPB Capital’s Compliance officer.

The GPB Capital story is far from over.

Matthew Thibaut, Esq. is an investment fraud lawyer with Haselkorn & Thibaut, P.A. and he notes that it appears that someone may be going to great lengths to try and allow GPB Capital to control the messaging to investors. That said, Attorney Thibaut also added that the recent indictment of Michael Cohn, the former Chief Compliance Officer at GPB Capital May continue to be more significant than a passing news story.

According to Attorney Thibaut, “… it’s very possible he may be the first one, but not the last one that we hear about.” What is Attorney Thibaut Referring To Here? In October 2019, the GPB Capital Chief Compliance Officer was indicted for obstruction of justice and other criminal charges. He has since pleaded not guilty.

By way of background, Mr. Cohn began his employment with GPB Capital in October 2018, and GPB Capital waited until January 2019 to issue a press release announcing his employment. In what now appears to be an erased and de-indexed website page GPB Capital was (at that time) touting Mr. Cohn and his 30 years of compliance and other securities industry experience, most recently as an SEC compliance examiner within the SEC’s enforcement division and its asset management unit where he investigated and supported enforcement actions against registered funds and private funds for violations of U.S. securities laws.

Many investors at the time viewed this as a positive move for GPB Capital, believing that an experienced SEC examiner likely would not take a job at GPB Capital if there were problems. Thus, this event is significant as it goes to show that such a common-sense conclusion was merely superficial and may very well have failed to account for personal greed or other factors.

In March 2019, the FBI raided the GPB Capital offices. GPB Capital has tried to downplay that event as a so-called unannounced visit by the FBI, and one in which GPB Capital was cooperative with handling. Again, that description appears to barely scrape the surface. This is not like having your Aunt Jenny stop in on a Sunday afternoon to say “hello” and you “cooperate” by inviting her in for coffee. No, this is quite different, this is a federal criminal investigation unexpectedly showing up with a search warrant. In reality, GPB Capital had no practical choice but to cooperate.

In October 2019 the criminal charges were announced and GPB Capital website pages all but erased Mr. Cohn to the extent possible. There may be other GPB Capital former executives who have also been erased from the company website, but Mr. Cohn is likely the only one currently facing a potential 20-year prison sentence. Where Attorney Thibaut says “… this gets really interesting upon closer inspection of Count I of M. Cohan’s indictment.”

Attorney Thibaut points out that a closer reading of that indictment not only refers to Mr. Cohn, but expressly provides that he acted “together with others” at least with respect to the allegations in Count I. As a result, Mr. Cohn may have Ben the first, but he may not be the last individual we hear about connected to these matters. 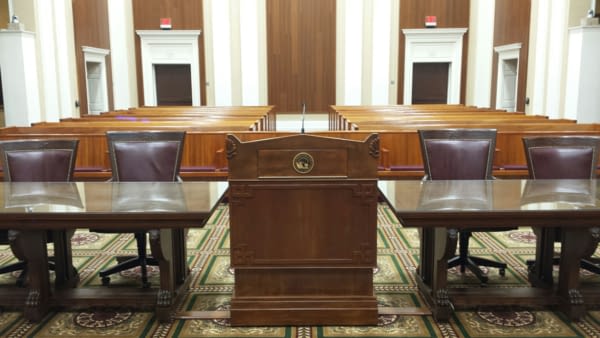