Confirming changes in accounts to clients and then not making them on the same day has resulted in FINRA (Financial Industry Regulatory Authority) sanction for a formed advisor of Edward Jones.

According to the FINRA report, the advisor, Ronald Bright, was discharged by Edward Jones. after he allegedly “admitted to not speaking with certain clients on the same day he made mutual fund exchanges in their accounts. The registered representative also did not meet obligations under the firm’s compliance policies,” as advised by the firm. 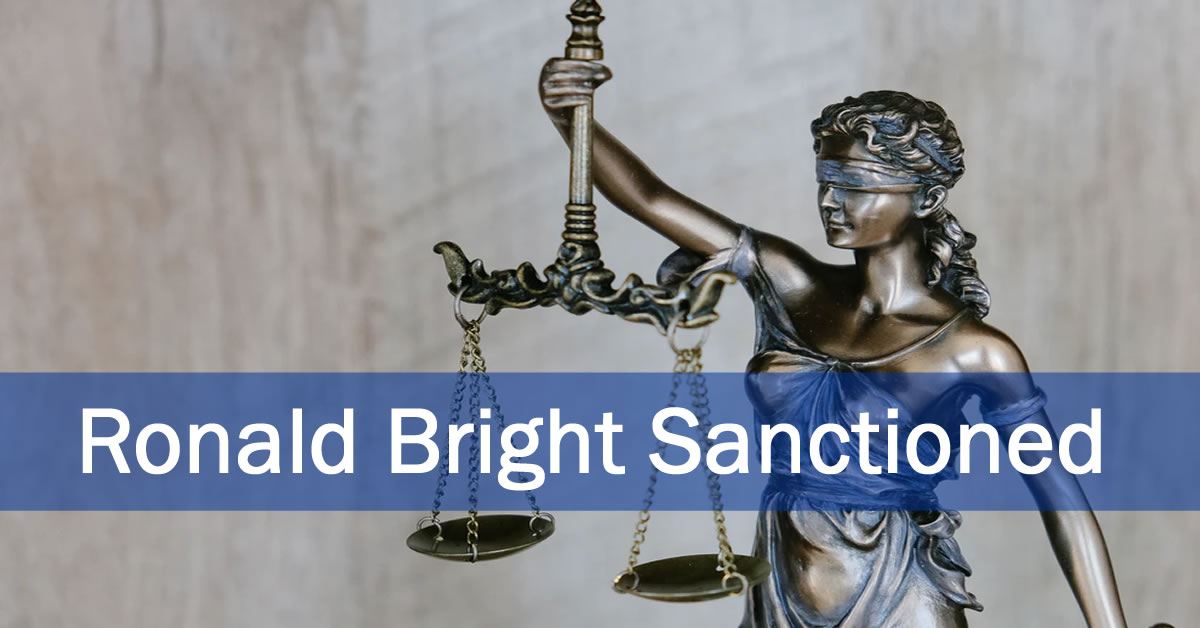 According to his BrokerCheck record, Bright started in the industry in 1997 and in 1999, moved to Edward Jones in Milwaukie, Oregon.

He has one other disclosure on his record, apart from the recent one that relates to his discharge from Edward Jones. This is a customer dispute relating to an individual retirement account and alleging non-disclosure of an early distribution penalty and dates back to February 2019. In addition, he failed to recommend an alternate account. The $8,900 claim was settled for $7,110.

After his discharge from Edward Jones, bright started working for Ameriprise in Portland, Oregon, where he remains.

During the investigation was triggered by the U5 report filed by Edward Jones, FINRA found that 149 transactions were executed by Bright in 58 customer accounts in a period that started in December 2019 and continued till February 2020.

According to the letter of acceptance, waiver, and consent released by FINRA, the advisor exercised discretion without the necessary customer authorization for the same. The transactions were found to be carried out usually three or more days after communication to the effect had taken place with the customer, and were mostly for switching customer funds between families of mutual funds.

According to FINRA, “Although Bright discussed the mutual fund switching strategy with the customers, he did not speak with the customers about the specific trades on the dates of the transactions. Additionally, Edward Jones had not approved any of these accounts for discretionary trading.”

Bright recently consented to a $5,000 fine and a 15-business-day suspension, while not admitting to or denying the findings, according to the letter of consent.