Here is a small excerpt from the ABS Advisor Market Intelligence Report. It is published every Monday morning and special reports during the week to help financial advisors and investors, save time and outperform. Paid subscribers have complete access to our inflation stock picks. We hope you enjoy it and please feel free to forward it to your friends.

It looks like the market is buying the Fed’s “transitory” explanation for inflation that it is just “temporary.” However, we believe that rising inflation is here and will likely get worse.  In the 1970s, the markets lost 40% of their value once people realized the big jump in inflation.  I am not saying that I expect the market to drop 40%, but I do think it will take a dip once investors find out that rising inflation is here. We just updated our article on inflation, How to Profit From Inflation. 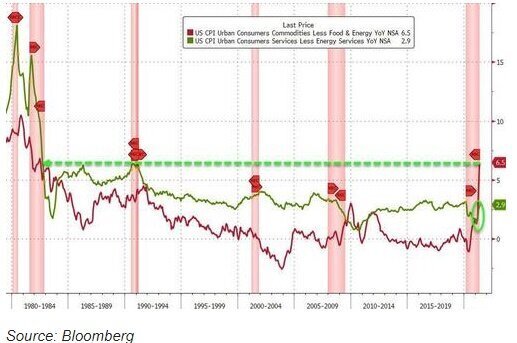