Charlie Watts was a cherished husband, father, and grandfather and also as a member of the Rolling Stones, one of the greatest drummers of his generation,” stated publicist Bernard Doherty of the legendary musician. Beloved Charlie Watts, long-time drummer of iconic British rock band The Rolling Stones, who passed away recently at the age of 80.

Only recently Watts had withdrawn from the “No Filter” tour of the band citing health reasons.

He was married to Shirley Ann Shephard for 57 years, till his death. This was almost as long as his association with the Stones. They had a daughter together, Seraphina, who has a daughter who is named Charlotte.

So what was Charlie Watts’ net worth?  The answer is that Charlie Watts leaves behind an estate valued at $250 million. It can be expected that the Watts fortune would be inherited between these three ladies, barring any unknown divisions in the family.

Shirley and Charlie also owned an Arabian horse farm in Devon. As the continuing owner, Shirley is expected to assume ownership of the farm. 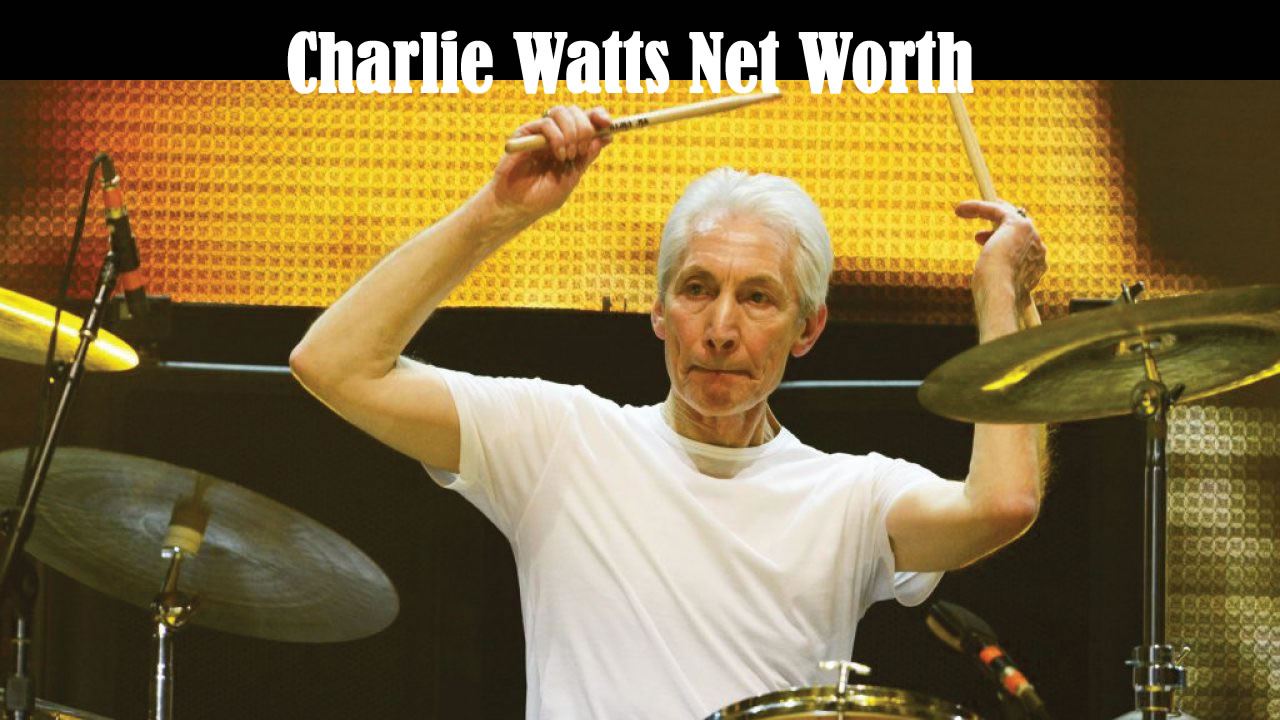 Association with The Rolling Stones

The Rolling Stones and The Beatles were two bands that attained stupendous popularity during the British Invasion, the cultural phenomenon of the sixties. He had joined the Stones in 1963, at the suggestion of a friend. They were an upstart rock band at that time and Watts expected the association to last only a few months.

But fate willed otherwise. Over half a century of performing, the band attained cult status along with all the trappings like a large fan following as well as a fortune. Along with four Grammy awards, the group had countless other nominations and awards like Billboard, MTV Video Music and even a lifetime achievement award in 1986.

The band was inducted into the Rock and Roll Hall of Fame in 1989 by Pete Townsend. Watts himself was named as one of the 100 Greatest Drummers of All Time by Rolling Stone.

Legendary guitarist and bandmate Keith Richards’ comment, “When we got Charlie, that really made it for us,” sums up his contribution to the group.

The Rolling Stones is one of the most successful rock bands in history. Their tours grossed millions, sometimes in the hundreds of millions, like the ‘Bigger Bang Tour’ which brought in $558 million and the ‘Voodoo Lounge” tour in 1994-95 that grosses $320 million (equivalent to $543 million in today’s money).

Despite legions of fans, Watts chose to focus on his music and avoided the limelight. He even expressed disdain for the wild female fan following that some of his peers seemed to revel in, and said that while it was flattering to receive the attention, “Playing the drums was all I was ever interested in.”

He stood out in the world of entertainment as an anomaly, one who valued, but shunned the advances of admiring fans.

He was always portrayed as the faithful husband by the media, despite all the pressures to the contrary that would have dogged his life as a popular drummer. In a pointed comment of sorts, in a documentary that covered the Rolling Stones’ tour of America in 1972, during a visit by the band to the Playboy Mansion, Watts’ interest in Hugh Hefner’s game room instead of the ladies was depicted.

Charlie Watt was born on June 2 1941 in Bloomsbury London. He was born to Charles Richard Watts and Lillian Charlotte. Alongside her sister Linda the two grew up together with his family in a prefab after his Wembley home at World War Two was destroyed by german bombs.

Together with childhood pal Dave Green he set an 78 RPM records. In 1955 Watt got his first drum given by his parents. He joined harrow art schools where he studied until 1960. Watts began using graphic designs as a graphic designer for Charlie Daniels Studios once he left art school. His spare time was spent playing drums in our local bands.

For whatts rock is always a lucrative hobby. Charlie agreed to join the band until Jagger assured him that he’d charge more than in the advertising agency in which he worked. He had always been connected with jazz music. Sometimes he would play the drumsticks of the ‘rock concert’ much like jazzmen and never like rock musicians. He started his journey as a jazz drummer in the 1980s. He began to record in small jazz groups with minimal visibility but was constantly growing until he had a band with 32 instruments named Charlie Watts Orchestra.

Rolling Stones drummer Charlie Watt prefers to avoid the limelight. Influenced by his early love/ love of jazz, Watts attempted to dress as “a gentleman” His sense of style was described as uncluttered and this refined aesthetic helps him become a favorite among his peers.

He is recognized as one of the most handsome men of the past by magazines such as Vanity Fair and GQ. Rolling Stone drummer was featured in GQ Magazine Glamour / GQ 2012. He is part of the Rolling Stones band and their tour now runs throughout Europe and Australia.

In 2006 Charlie Watts was elected to the Hall of Fame of the highly acclaimed Modern Drummer magazine. He was 12th on the 2016 Rolling Stone’s best 30 drummers list. He began playing concerts in 2009 in which a great friend from his childhood Dave Green was involved together with many outstanding pianists such as Ben Waters or Axel Zwingenberger who also were part.

The 1993 release Warm And Tender starring the vocalist Bernand Fowler will definitely feature on the album. He toured with major names in music worldwide in the 1980s.

Charlie Watts will probably miss the upcoming no filter tour with the band Rolling Stones. The reason given for his absence is attributed to recovery from an undetermined medical condition. Watt was inducted into the Modern Drummer Hall of Fame in 2006 issue. He’ll be replaced by ‘Steve Jordan’ at the tours by the guitarist of the Rolling Stones Keith Richard.

Until recently it has taken him four months to leave the country. On the 30s June of 2004, he developed throat cancer which he diagnosed on the 15th June. He has appeared on more than 40 concert and tour venues since joining The Rolling Stones in January 1963 and has been active in the band since January 1963.

Charlie Watts Story of a Drummer

If The Rolling Stones couldn’t find their legendary drummer Charlie Watts nothing would have happened. Watts is also a drummer who has lots of character that on several occasions the members of the band have reaffirmed emphatically the serene purity and maturity he used to make the most relevant decisions.

He is very typical person that speaks very little of himself but whom everyone, once attained, have no alternative but to nod their head. Just those with good culture and musical wisdom will really appreciate how massive Charlie really is. When Charlie Watts gets in you have to touch his balls, and he says it’s a way of pissing off himself.

Charlie Watts died in a London hospital with his family. The legendary ‘rolling stone’ member has now undergone surgery recently. In a statement released this morning in its website’s e-newsletter the family of the musician has asked for private details about him which has attracted over a hundred thousand Likes for this story he.

The Rolling Stones also announced the death of the musician, classed by the band as a great father, grandfather and a key part of their organisation. We reveal everything we know to know about the musician’s death of Charlie Watts as well as the famous with the band. The legendary drummer of the British bands.