The dollar and yen have been attracting safe-haven demand amid a backdrop of sinking equity markets. The biggest decliners, not surprisingly, have been the dollar bloc and other cyclical currencies, including many developing-world currencies. 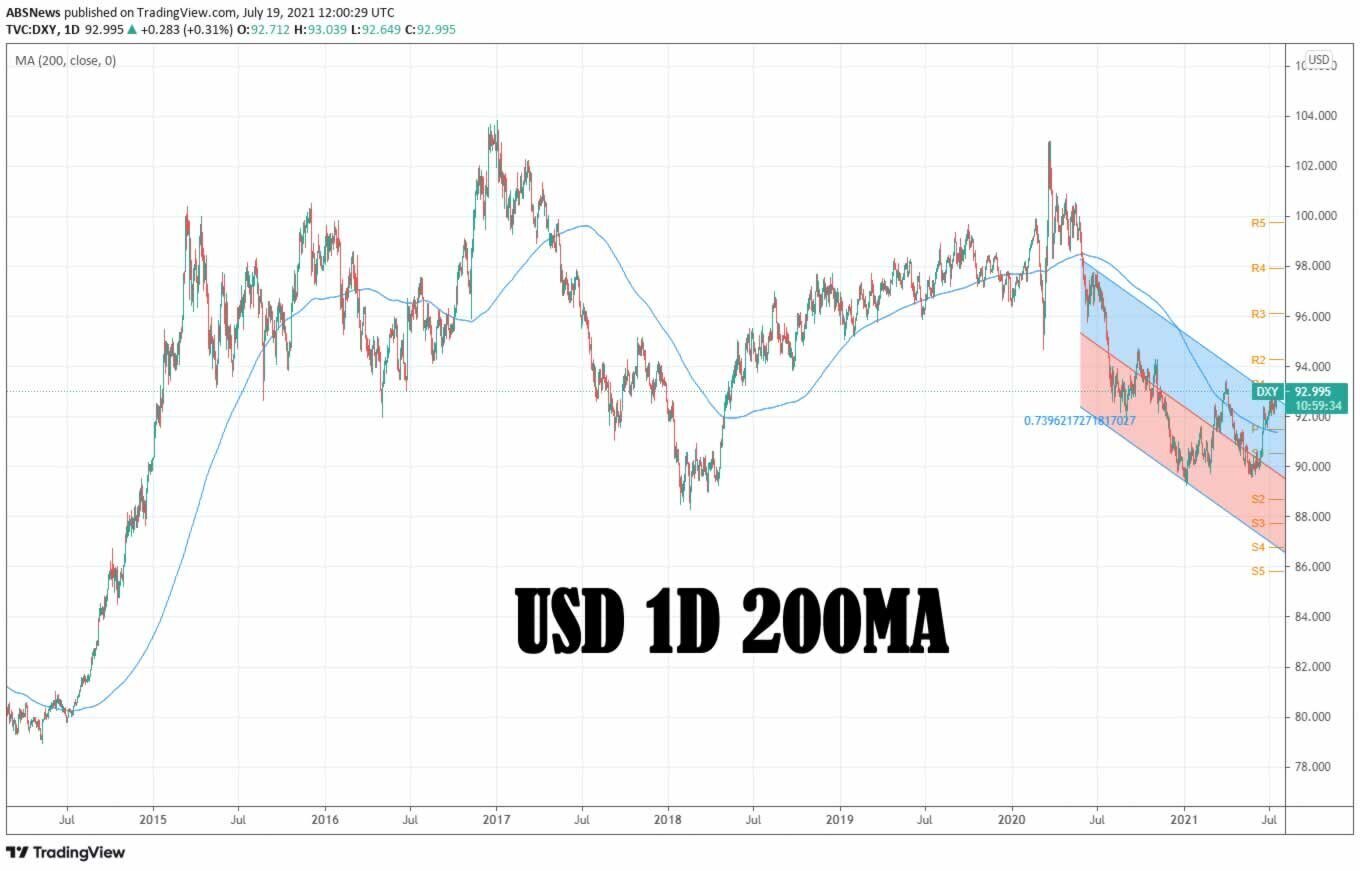 The sharp rise in Covid D cases across Asia has been the principal spoiler of sentiment today, with many nations in this region seeing what is by far their worst outbreaks since the pandemic started.

The Delta variant is driving the spread. Low vaccination rates across the region mean lockdown measures are being imposed in many places. Other regions, including come EU nations, are also seeing another wave take hold.

However, we don’t think the Covid D variant poses a huge threat to the economy.

Inflation was all the talk last week and will remain a focal point near term—this week. The richening in core bond yields even in the face of hotter than expected price pressures, especially in the U.S., reflects the confidence that the Fed, ECB, and BoJ will maintain their accommodative postures, as well as in the “transitory” nature of the surge in prices.

The year-over-year inflation rate is 5.39% and is expected to keep rising per the Fed.

Treasury Secretary Janet Yellen said she expects “several more months of rapid inflation” that will eventually subside over the “medium term.” They argue that much of the rise in inflation is due to the opening of the economy and the supply chain issues.

Last Wednesday, Jay Powell, Federal Reserve Chair, tried to ease inflation fears in Congress. “I know people are very worried about inflation. We hear that loud and clear from everybody.. it is really going through the economy and through every business,” he said.

Powell reminded lawmakers that he still believes inflation will be transitory but added that the Fed is ready to act quickly to stave off a sustained spike in inflation.

However, I beg to differ and think we will see a continual rise in inflation as waves rather than a straight trend line. We may see a peak this summer as both hedge fund managers Ray Dalio and Jeff Gundlach are predicting, but I think we are heading toward a 1970’s runaway inflation situation.

Inflation will be the buzzword this week as Congress sets to pass two key new spending bills.

This week, a laser focus will be on passing the “infrastructure bill” because the Senate Budget Committee had reached an agreement on a $3.5 trillion spending plan. Senate Majority Leader Chuck Schumer has made this his priory and planning to use “reconciliation” to pass the bill.

Republicans are unlikely to support it and likely to put up a significant fight. Sen. Lindsey Graham has said Republicans would take a page from the Democrats in Texas and leave the Senate without a quorum if they try to pass the bill.

Graham argued that the bill “got nothing to do with infrastructure” and is “a tax and spend dream of the socialist left.”

In addition to the infrastructure bill, there is the raising of the debt ceiling which needs to be done by the first week in August. I think this could turn into a major fight, but both sides do not appear to want a government shutdown.

So what does this mean?

Due to last week’s CPI and rising inflation numbers, I think there is a less than 50/50 chance of Congress passing any new spending. Sen. Joe Manchin may broker a $900 trillion deal, which is less than a third of what the Democrats want.

In any case will see an increase in government spending of historical levels, leading to massive long-term debt and currency devaluation. Passage of more spending will only increase the rate of rising inflation.

For those that don’t know or remember, the Fed was unable to wrangle double-digit inflation of the 1970s but eventually got it under control by raising interest rates to 20% in 1981.

Earnings will be a major focus given a light calendar otherwise. After banks kicked off the Q2 season last week with mixed results, this week’s slate includes airlines, tech, and drug companies.

There is a relatively high bar given reopenings. Netflix highlights Tuesday, J&J and Coke are due Wednesday, with Intel and AT&T Thursday, while AmEx and Honeywell complete action on Friday.

Today’s data has just the July NAHB housing market index, expected unchanged at 81. Later in the week, housing starts, new home sales, and existing home sales are on tap, along with leading indicators. Fedspeak goes dark ahead of the July 27-28 FOMC.