The possibility of resolving the trade dispute between the United States and China at the APEC summit in November remains a positive factor for the oil market. Protectionist policies adversely affect the economies of both countries. The second positive factor for the oil market is the decision of OPEC participants to reduce the extraction of raw materials due to slowing prices and a downturn in the global economy. Also, according to preliminary estimates, in 2020 the total demand in the world can reach 29.6 million barrels per day, that is, 4% lower than in 2019, which is an additional factor for reducing the total oil production. 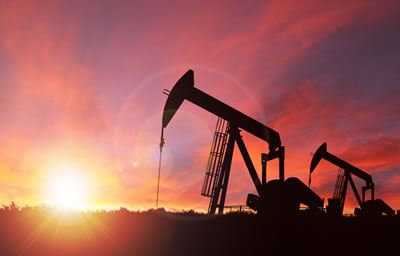 Today, an important report on Crude Oil Inventories from the EIA is expected to be published.

Stochastic is at 62 points and does not provide a clear signal for opening a transaction.

EUR showed a decline against USD on Tuesday, continuing the development of a correctional impetus formed the day before. The pair is trading under the influence of technical factors, while the fundamental background and macroeconomic statistics remain ambiguous. Some support for the euro is provided by the situation around Brexit. The British parliament approved a new version of the agreement, but this does not mean that Britain is ready to leave the EU. Now the parliamentarians need to consider all the amendments put forward earlier, and then the European Commission should ratify the agreement. Today, the pair is declining again. Today’s macroeconomic background is rather poor; therefore, the instrument’s motion vector is not expected to change much. Analysts expect the release of statistics on German 10-Year Bund Auction and preliminary data on Consumer Confidence in October from the euro area.

After a confident rally which lasted a week and a half, GBP showed a correctional decline against USD on Tuesday. The development of negative dynamics in the instrument was facilitated by technical factors, as well as a marked decrease in optimism regarding Brexit before the current deadline, which is scheduled for October 31. The night before, it became known that the British Parliament expressed fundamental consent with the new version of the deal with the EU, but this cannot be called a full-fledged victory. Boris Johnson urges the Parliament to consider all additional amendments to the agreement within three days to close this issue before the end of the week. Parliament disagreed with Johnson’s schedule, which is likely to lead to a postponement of Brexit deadlines once again with EU consent.

AUD fell against USD on Tuesday, retreating from updated local highs of September 16. The decrease in the instrument is largely due to the technical factors of USD correction and the semi-empty macroeconomic background of the beginning of the week. Meanwhile, moderate support for AUD is provided by optimism regarding the conclusion of a trade agreement between the United States and China. Donald Trump is still betting on the APEC summit, which will be held in November in Chile. The Chinese side is also optimistic, noting that negotiations are ongoing at the moment.

USD fell slightly against JPY on Tuesday, correcting after weak growth earlier this week. Japanese markets were closed on Tuesday due to the national holiday, so statistics from the United States were in the spotlight. Existing Home Sales in September decreased by 2.2% MoM after growth of 1.5% MoM a month earlier. Analysts expected a decline of 0.7% MoM. At the same time, Richmond Manufacturing Index in October unexpectedly increased from –9 to 8 points with a forecast of –7 points.

1 thought on “Oil and Currency Report: US and China Trade Summit Lift Prices For Oil”