Yesterday, Exxon Mobil shares indicated a 9-month low, falling since the beginning of October, after management claims to significantly reduce quarterly earnings amid falling oil prices. According to the Q3 results, the company expects a 50% YoY decline in profit to 3.1 billion US dollars. Exxon Mobil will release quarterly results on November 1. 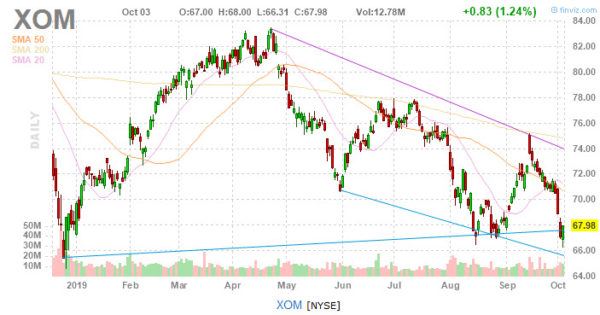 The stock is dominated by “bearish” sentiment. The issuer has reached key lows. At the moment, #XOM quotes are testing the support level of 67.00. The level of 69.00 is the nearest resistance. There is potential for further decline. Indicators reflect the strength of sellers: the price has fixed below MA (50) and MA (200); the MACD histogram is in the negative zone and continues to decline. It is advisable to open positions from key levels.

A comparative analysis of the multiples of the company and competing companies in the industry indicates the neutrality of #XOM.

Exxon Mobil Corporation investigates crude oil and natural gas in the United States, Canada / other Americas, Europe, Africa, Asia, and Australia / Oceania. It operates through upstream, downstream, and chemical segments. The company is also involved in the manufacture, trade, transportation, and sale of crude oil, petroleum products, and other specialty products; and manufactures and markets petrochemicals, including amines, polyamides, aromatics, and various other petrochemicals. As of December 31, 2018, there were about 24,696 net well-workers with proven reserves of 24.3 billion equivalent oil barrels. The company was founded in 1870 and has its headquarters in Irving, Texas. 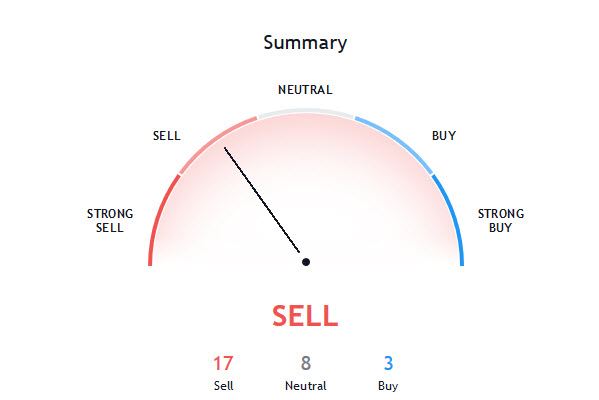 Tom, aka T Rex, is seasoned financial pro that cut his teeth on the Chicago trading oil futures in 1995. In less than 3 years he bought his own seat and set up shop on the exchange. For the next 10 years Rex traded his own account and some institutional accounts. In 2017, he decided to move to Florida and focus on educating traders and writing for financial websites.