The Index S&P 500 continues to decline. The instrument has reached the support level of 2882.8, and after the consolidation below it, the next target will be the level of 2817.5. 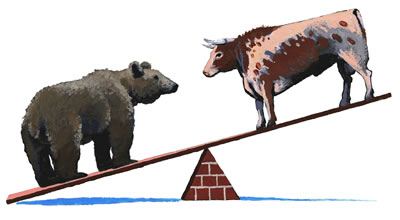 The markets are under pressure by the WTO decision to allow the United States to introduce taxes on European goods. The US agency has officially confirmed its intention to introduce a number of trade duties: 10% for airplanes and 25% for agricultural products. As for the EU, some officials noted that Brussels cannot take retaliatory measures against WTO sanctions. The Airbus, against which duties were introduced, noted that this could be a blow to the aerospace industry, as 40% of purchases were made by American companies. The second factor, which also had a negative impact on the US stock market, was poor ADP data. The indicator reached only 135K people against the forecast of 140K.

Today, data on production orders, as well as an index of business activity in the service sector will be published.

Stochastic is at the level of 35 and does not give signals for opening trade positions.

US Treasuries moved higher during the afternoon session on Thursday before the country’s initial weekly claims, without schedule to be released today at 12: 30GMT, except for non-manufacturing ISM for September, which is due today by 14: 00GMT.

In addition, speeches by members of the Federal Open Market Committee (FOMC), namely, Quarles, Mester and Clarida, to be delivered later in the day, will provide additional guidance on the debt market.

Due to the weakness in Tuesday’s manufacturing figures, today’s non-manufacturing ISM is likely to be considered closely for signs of loss of momentum in the sector at the end of the third quarter, Daiwa Capital Markets reported.

Today will give factory orders figures for August, which challenges Challenger for September and the weekly jobless claim numbers. For Fed-talk, FOMC members, Clarida, Evans and Quarles, are voting, as well as non-voting members, Kaplan and Mester, in action.