Several securities fraud lawyers are predicting that the majority owner of Prime Automotive Group, GPB Capital Holdings, is in an “flood” of mediation cases against brokers that promoted risk investments inadequate in the business of retirees and other unsophisticated investors. 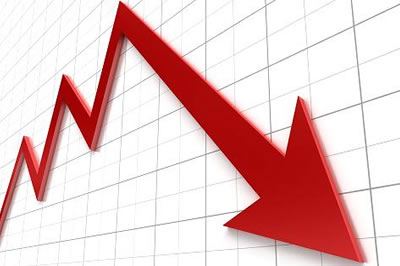 Many GPB Capital lawsuits have been filed, one on behalf of a representative of two law firms involved in the cases said he expects hundreds more to appear, including some of investors in Maine and New England who were negatively affected by what he described as the “supposed Ponzi scheme” of GPB Capital.

The Barasch and Kogan cases involve almost $1.5 million in retirement of savings and trust assets that have been immobilized at GPB Capital, which is currently being investigated by state and federal authorities.

GPB Capital made headlines recently for firing former Prime Automotive CEO David Rosenberg, just two weeks after Rosenberg filed a lawsuit claiming that the investment company is running a Ponzi scheme using new investment money to cover the returns on Existing investors. GPB Capital said its decision to fire Rosenberg was not related to the lawsuit but refused to state his reasons for firing him.

Jason Haselkorn, Partner at Haselkorn & Thibaut said the following, “We are receiving a number of calls from investors that were sold GPB funds based on some material representations that were not accurate, or which omitted significant details for investors to consider.” Now those investors are concerned that the capital they invested in GPB funds (as well as the anticipated income stream from that investment) are at substantial risk of loss.

The investment fraud lawyers at the Haselkorn & Thibaut, P.A. law firm are currently investigating a number of claims against financial advisers and broker-dealer firms that were selling GPB Funds. Investors with information related to broker-dealer and financial adviser recommendations of transactions in GPB funds are encouraged to call (888) 628-5590 or visit their website.

Among the accusations in Rosenberg’s lawsuit are that GPB Capital inflated the securities and profits of the commissions beyond what they were and that it generated false contracts and made deals that benefited the heads of the investment fund instead of the investors.

The Rosenberg lawsuit was triggered when GPB Capital failed to cover $ 5.9 million on July 1 as part of its purchase of Rosenberg’s stake in a fund that supports the purchase of dozens of car dealers.

Complaints allege that the brokers were attracted to GPB Capital, which offered commissions much higher than the industry standard, to drive inappropriately risky investments in GPB Capital to its customers, violating FINRA’s rules on the suitability of investments and conflicts of interest

FINRA rules say that stockbrokers “must have a reasonable basis to believe” that a commercial or investment strategy that involves securities they recommend is appropriate for the client. The suitability principle generally dictates that older investors with lower risk tolerance should not sell high-risk investments with high potential returns.

FINRA also has a variety of rules designed to prohibit conflicts of interest in which agents sell certain investments for personal gain if these investments are not adequate or recommended to customers based on “misstatements or misleading omissions of material facts, and fraudulent or manipulative acts and practices. ”

GPB Capital spokeswoman Nancy Sterling said in a statement that the investment company is not sued in mediation cases, which are aimed exclusively at brokers who sold shares in the company’s investment funds.

“These are not activities against GPB Capital, but against independent stockbrokers that are not related to GBP Capital,” Sterling said. “GPB Capital is a registered investment advisor (US Securities and Exchange Commission) And, as such, it is not subject to the supervision of, nor is it governed by (FINRA). The only avalanche we have seen is that the number of press releases of the law of plaintiffs companies that are trying to ask customers for claims against brokers. ”

GPB Capital has been investigated by state and federal authorities for several months for possible violations of the securities law. In April, Automotive News reported that the FBI and a New York agency registered the offices of the investment firm in late February.