UKs benchmark FTSE 100 closed down 0.65 percent, Germanys Dax ended down by 1.32 percent, France’s CAC finished the day down by 1.41 percent. 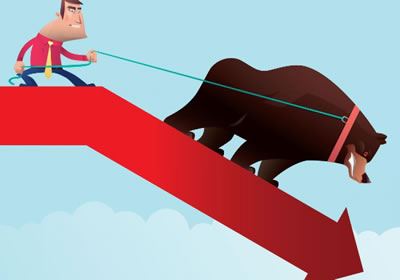 Wall Street tumbled on Tuesday after data showed U.S. factory activity shrank in September to its weakest in more than a decade, ratcheting up fears that a U.S.-China trade war could hobble the world’s largest economy.

U.S. Treasury yields across maturities fell to session lows on Tuesday after the Institute for Supply Management’s U.S. manufacturing activity index fell to its lowest level in a decade.

The benchmark 10-year yield was down 3.1 basis points to 1.642%, falling slower than the two-year yield and as a consequence, steepening the yield curve to 8.0 basis points, the highest in two weeks.

Gold rose on Tuesday, reversing course from earlier in the session, when it touched a near two-month low, as the dollar pared gains after weak U.S. manufacturing data bolstered bets for another interest rate cut by the U.S. Federal Reserve.

EUR/USD: The euro gained against the U.S. dollar on Tuesday, as dollar pared gains following the U.S. manufacturing data. U.S. manufacturing activity tumbled as lingering trade tensions weighed on exports, further heightening financial market fears of a sharp slowdown in economic growth in the third quarter.The euro was up 0.36 percent at $1.0936. An index that tracks the dollar versus a basket of six major currencies was down 0.27 at 99.12. Immediate resistance can be seen at 1.0964 (9 DMA), an upside break can trigger rise towards 1.1000 (Psychological level).On the downside, immediate support is seen at 1.0882 (Lower BB), a break below could take the pair towards 1.0800 (Psychological level).

GBP/USD: Britains pound steadied against the dollar on Tuesday, as Investors eyed Johnsons Brexit plans . More than three years since the 2016 referendum, the United Kingdom is heading towards an Oct. 31 exit date without a clear understanding of whether it will leave with a deal, without a deal or even leave by that deadline. At 2020 GMT, the British pound was steady against a broadly firmer U.S. dollar at $1.2302, holding just above three-week lows hit on Friday. Immediate resistance can be seen at 1.2367 (21 DMA), an upside break can trigger rise towards 1.2400 (Psychological level).On the downside, immediate support is seen at 1.2203(Daily low), a break below could take the pair towards 1.2157 (Lower BB).

USD/CAD: The Canadian dollar strengthened against its U.S. counterpart on Tuesday, recovering from an earlier one-week low after evidence the U.S.-China trade war was hurting U.S. manufacturing activity. Earlier in the session, the loonie hit its weakest intraday level since Sept. 23 at 1.3290, after data showed that the domestic economy had stalled in July. Canadas economy was unchanged in July, following four straight months of growth, as the countrys mining, quarrying and oil and gas extraction sectors contracted, Statistics Canada data showed. Analysts had forecast an increase of 0.1%..The Canadian dollar was last trading 0.15% higher at 1.3219 to the greenback. Immediate resistance can be seen at 1.3250 (100 DMA), an upside break can trigger rise towards 1.3298 (200 DMA).On the downside, immediate support is seen at 1.3210 (Daily low), a break below could take the pair towards 1.3156 (Lower BB).

USD/JPY: The dollar declined against Japanese yen on Tuesday, as dollar gave up gains after weak U.S. manufacturing data. The U.S. manufacturing sector contracted in September to its weakest level in more than a decade as business conditions deteriorated further amid trade tensions with China. The ISM said its index of national factory activity dropped 1.3 points to a reading of 47.8 last month, the lowest level since June 2009, when the Great Recession was ending. A reading below 50 indicates contraction in the manufacturing sector, which accounts for about 11% of the U.S. economy. The greenback was trading lower against the safe-haven yen, which traded at 107.60 per dollar. Strong resistance can be seen at 108.67 (Higher BB), an upside break can trigger rise towards 109.00 (Psychological level).On the downside, immediate support is seen at 107.63 (Daily low), a break below could take the pair towards 107.00 (Psychological level).

Looking Ahead – Events, Other Releases (GMT)