The European currency showed strong growth against the US dollar yesterday, at some point reaching levels of opening trading on Wednesday, which ended with a fairly confident decline of the instrument. At the close of yesterday’s session, the euro retreated, having lost most of its gains. The reason for the appearance of a corrective pullback was good data from the United States. Existing Home Sales in August increased by 1.3% MoM after growth of 2.5% MoM last month. 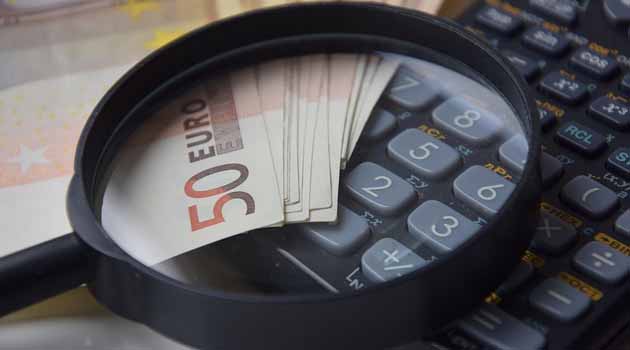 Analysts had expected decline by 0.4% MoM. Philadelphia Fed Manufacturing Index in September fell from 16.8 to 12.0 points, which was still better than market expectations of 11.0 points. During today’s Asian session, the euro is trading with an increase again. Investors expect publication of German PPI and preliminary data on Consumer Confidence in the euro area in September.

Asian markets continue to rise higher in the early trade on Friday after central banks encouraged movements and trade negotiations between the US and China began.

Mid-level talks were held in Washington on Thursday for the first time in almost two weeks from a US and Chinese makers trial to find common ground to pave the way for a high-speed debate scheduled for October. News sources reported that the discussion, which finishes on Friday, will focus primarily on agricultural issues, as well as sessions scheduled for intellectual property and the transfer of driven technologies.

The British pound rose significantly against the US dollar on Thursday, updating local highs of July 15. The Bank of England Meeting Minutes published the day before did not affect the dynamics of the instrument, since they fully met market expectations. The British regulator unanimously decided to keep the interest rate at the current level of 0.75%. The volume of the quantitative easing program remained at around 435 billion pounds. In turn, statistics on Retail Sales in the UK exerted little pressure on the pair. In August, the indicator fell by 0.3% MoM after growth of 0.4% MoM last month. In annual terms, the index has slowed from +3.4% YoY to +2.7% YoY, with the forecast of +2.9% YoY. The main factor behind the growth of the pound was the comments of European Commission President Jean-Claude Juncker, who noted that he believed in the conclusion of the Brexit deal before October 31.

The Australian dollar is slightly correcting against the US currency during today’s Asian session, recovering from two days of steady decline. Contradictory data on the Australian labor market put pressure on the instrument on Thursday. Despite a steady increase in employment by 34.7K jobs in August, the country’s Unemployment Rate reached new highs at 5.3%, which is likely to push the RBA to new measures to stimulate the economy. Nevertheless, after a series of world regulators meetings, the attention of investors is once again shifting to the process of negotiations between the US and China, which should begin in October. So far, the prospects for a new round of trade talks look very encouraging.

The US dollar fell against the Japanese yen on Thursday, retreating from local highs, updated the day before. The decrease in the instrument is largely technical in nature, since the market situation is not changing much. Demand for the Japanese currency is supported by a further decrease in forecasts for world GDP growth and the uncertain situation around Brexit and the new round of US-Chinese trade negotiations. During today’s Asian session, investors focus on consumer inflation statistics from Japan. In August, the National Consumer Price Index slowed down from the previous +0.5% YoY to +0.3% YoY, which turned out to be twice worse than forecasts. The investment indicators were also negative. Foreign Bonds Buying for the week as of September 13 slowed from 727.2 to 476.0 billion Japanese yen. Foreign investment in the Japanese stocks fell by 971.9 billion yen after a decrease of 161.5 billion.

Oil prices corrected on Thursday, departing from local lows, updated after a steady decline in quotes at the beginning of the week. The situation with drone attacks on Saudi oil production complexes is gradually fading into the background, but now investors are paying attention to the depletion of oil reserves in Saudi Arabia, which will not allow it to restore supply volumes just as easily in the event of new attacks. Meanwhile, the situation in the Middle East remains tense. The day before, US President Donald Trump ordered to significantly increase sanctions against Iran, which could lead to a new round of crisis in the region.

John has a background in helping kids with math and loves writing about the stock market.   He has a brain for things that are technical and is applying them in the financial world. Follow John as he covers breaking investment news and stock tips.ABS News & Research is dedicated to providing quality investment insight and information from experienced financial professionals and journalists.Follow UsFacebookTwitterPinterestLinkedinContact Us