3M Co. stocks are growing within the correction from the 52-week low of August 28. As a result of August, the price lost more than 7% due to a poor quarterly report with low sales amid growing geopolitical and trade risks for the global economy, as well as a general decline in industrial shares of the DOW index. However, the company’s management expects an increase in sales and profitability from the fourth quarter of 2019. 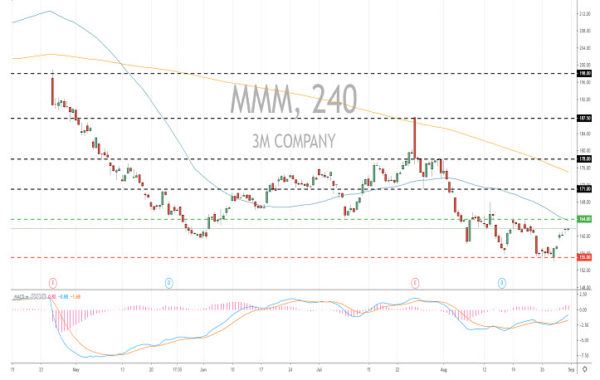 The instrument stabilized after a rather long fall. There is no unidirectional trend observed. Quotes are testing local support and resistance levels at 155.00 and 164.00. In the near future, technical correction is not excluded. The signals of the indicators are ambiguous: the price consolidated below MA (50) and MA (200); the MACD histogram has started to rise. It is better to open positions from key levels.

A comparative analysis of the multiples of the company and competing companies in the industry indicates the neutrality of #MMM.